Clemson's sophomore quarterback ran for two scores and threw for a third. 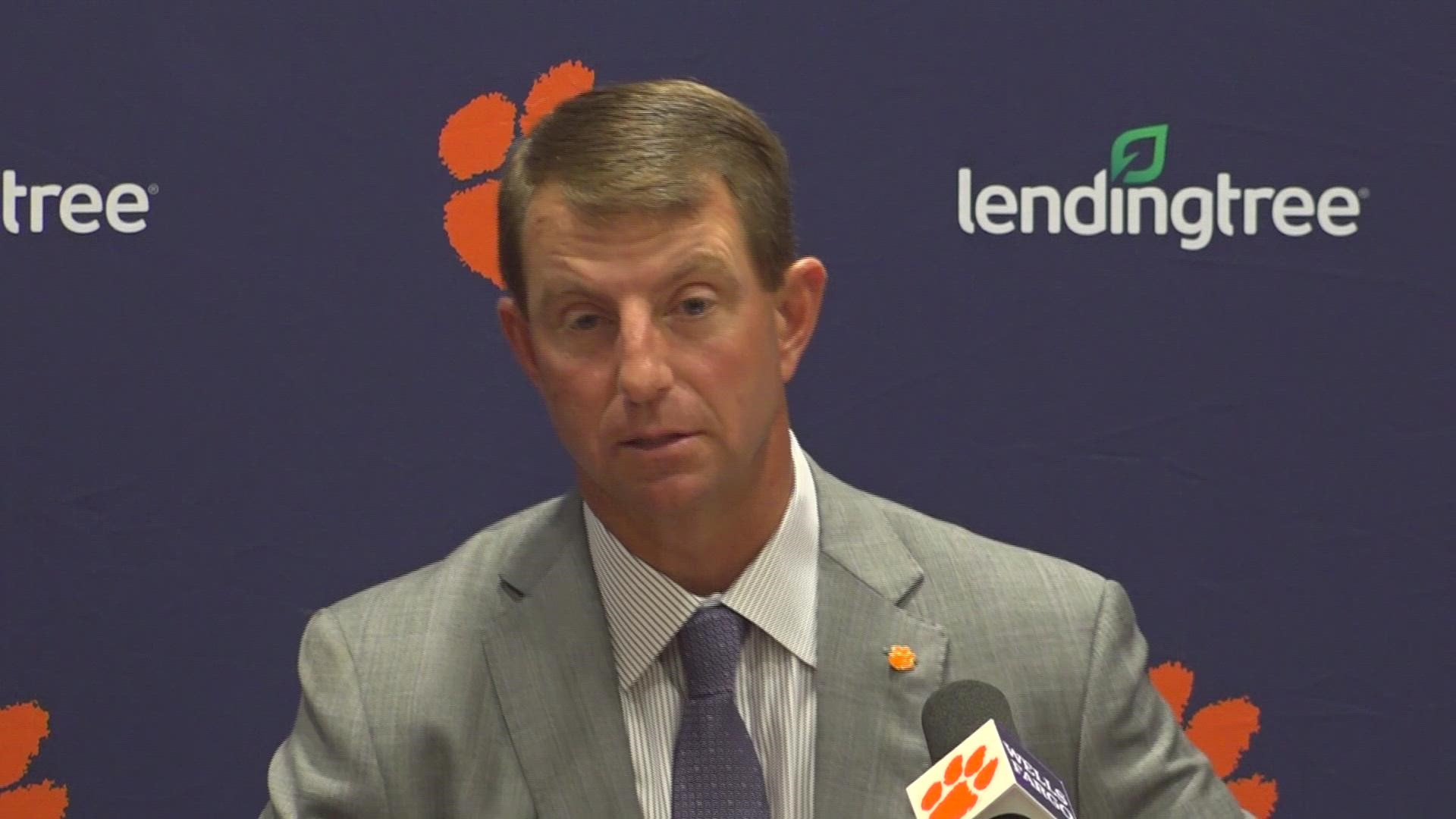 CLEMSON, S.C. — No. 6 Clemson and D.J. Uiagalelei cranked up the offense in a 49-3 victory over South Carolina State.

The Tigers spent the week grinding out the mistakes they made in 10-3 season-opening loss to No. 2 Georgia last week when they were held without a touchdown in a game for the first time since the 2017 season.

Against South Carolina State, they scored TDs on all four first-quarter possessions and pulled away for their 36th straight victory over programs from the Football Championship Subdivision.

Uiagalelei ran for two scores and threw for a third. He finished with 171 yards passing.

Clemson wide receiver Justyn Ross, who missed all of last season due to injury, had his first touchdown of the season when he caught an 11-yard pass from Uiagalelei.

Clemson (1-1) opens their ACC schedule with a game against Georgia Tech next Saturday at home.