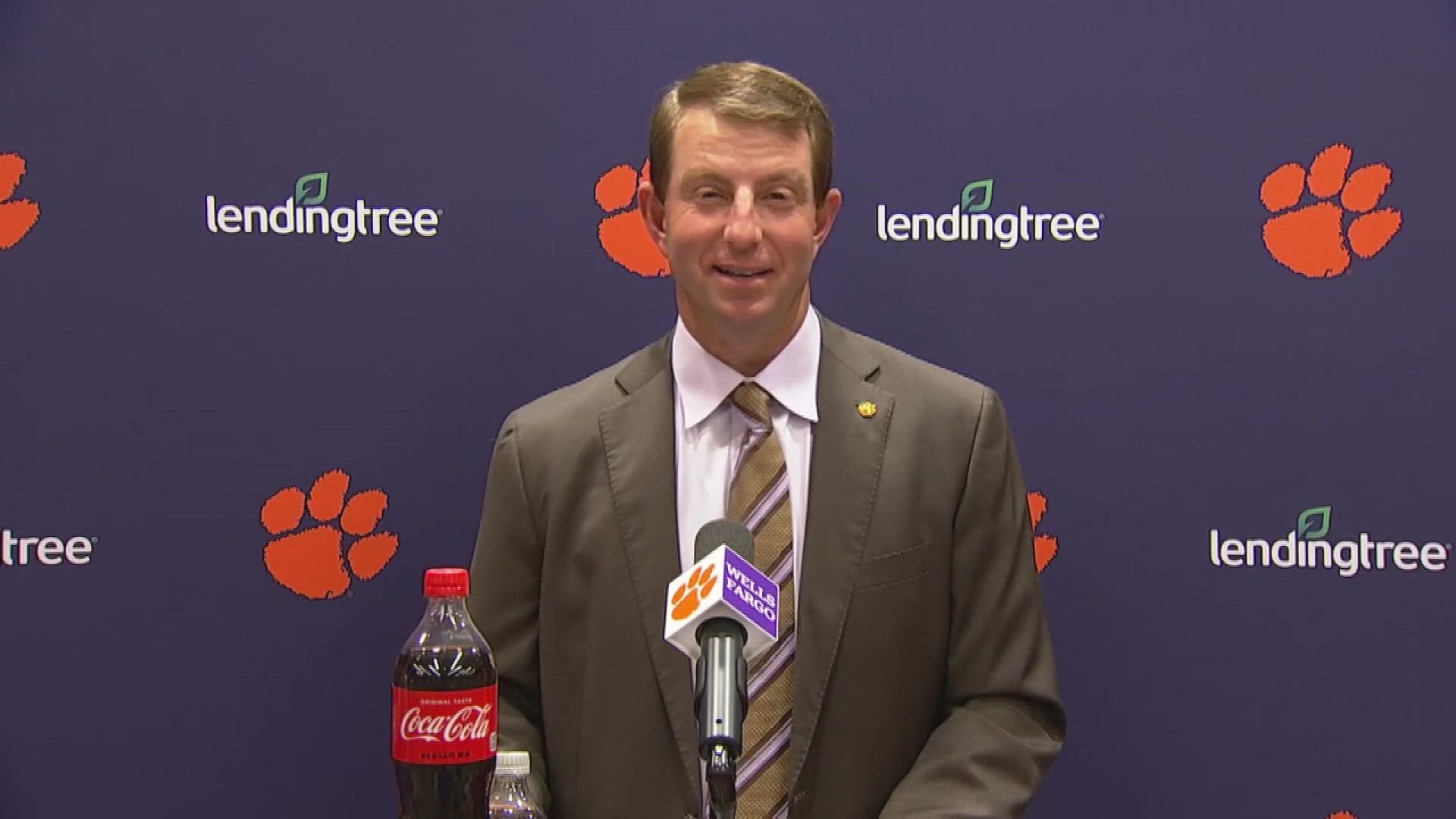 CLEMSON, S.C. — Freshman DJ Uiagalelei threw for 342 yards and two touchdowns subbing for Trevor Lawrence, out after testing positive for COVID-19, and No. 1 Clemson rallied from 18-points down to defeat Boston College 34-28 on Saturday.

Travis Etienne became the ACC's all-time rushing leader and his second TD put the Tigers up for good. Clemson won its 28th straight against ACC competition and its 10th in a row over the Eagles without some of its most crucial players like Lawrence and injured starting linebackers James Skalski and Mike Jones Jr.

Uiagalelei went 30-41 passing for 342 yards and two touchdowns. The highly-touted freshman quarterback also added 25 yards and a touchdown on the ground in replace of junior standout Trevor Lawrence.

Clemson found themselves down 28-13 at the half after Boston College capitalize on some Tiger miscues, including a 97-yard fumble return touchdown after Etienne lost the ball near the goal line.

The Tigers opened the second half scoring with a crucial touchdown when Uiagalelei kept the ball on 4th and one and scampered for a 30-yard score, the longest run of his career. Following a Boston College three-and-out, Clemson once again went on a scoring drive, this time resulting in an eight-yard touchdown strike from Uiagalelei to Amari Rodgers. After a failed two-point conversion attempt, the Tigers kicked off trailing 28-26.

RELATED: The words of Trevor Lawrence take on added weight

Clemson took their first lead of the game in the fourth quarter, when Etienne found space between the tackles and dashed for a 17-yard touchdown.

The Tigers will be back in action on Saturday, Nov. 7, when they travel to Notre Dame to battle the Fighting Irish. Kickoff for that matchup is scheduled for 7:30 ET.