DJ Uiagalelei is a reluctant celebrity

How determined is the Clemson freshman to stay grounded? He has his dad blocked on Twitter. 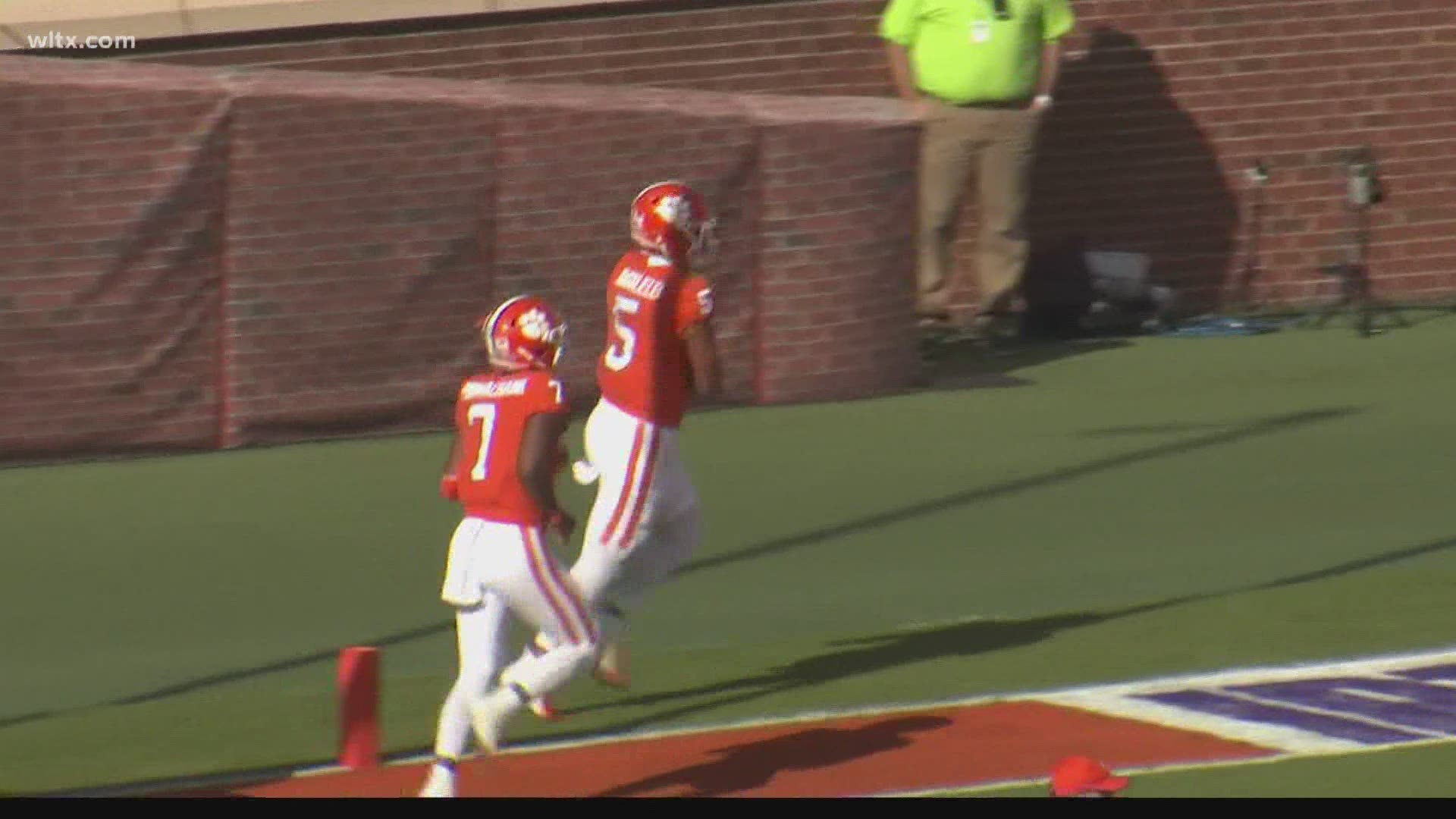 Clemson quarterback DJ Uiagalelei isn't the first player to have a family member become a constant presence on television courtesy of the network.

"Big Dave" has been shown during Clemson's broadcasts and according to his son, the father tends to be "over the top" on Twitter.

But the son took some steps in high school to make sure the father's effusive praise didn't affect preparation. DJ blocked his dad on Twitter - something he did in high school.

DJ will get the start tonight when the top-ranked Tigers face number four Notre Dame in South Bend. He was asked this week about his decision to come to Clemson even with Trevor Lawrence firmly entrenched as the starter. Uiagalelei says he chose Clemson because of its recent track record with quarterbacks such as Trevor and Deshaun Watson, and he felt the Tiger coaches could help him grow on and off the field. Head coach Dabo Swinney recalled how he first started recruiting DJ and it all started when defensive coordinator Brent Venables was at Uiagaeleli's high school looking at a linebacker when the coach there informed Venables that his quarterback, who had roughly 70 offers, "really loves Clemson".

From there, Brandon Streeter began the process of recruiting DJ who eventually came to Clemson for a camp. After going through the recruiting process, DJ eventually committed to Clemson and now, he will get the start in Clemson's first trip to South Bend since 1979.