Mack and Trapp lead Clemson to win over Syracuse 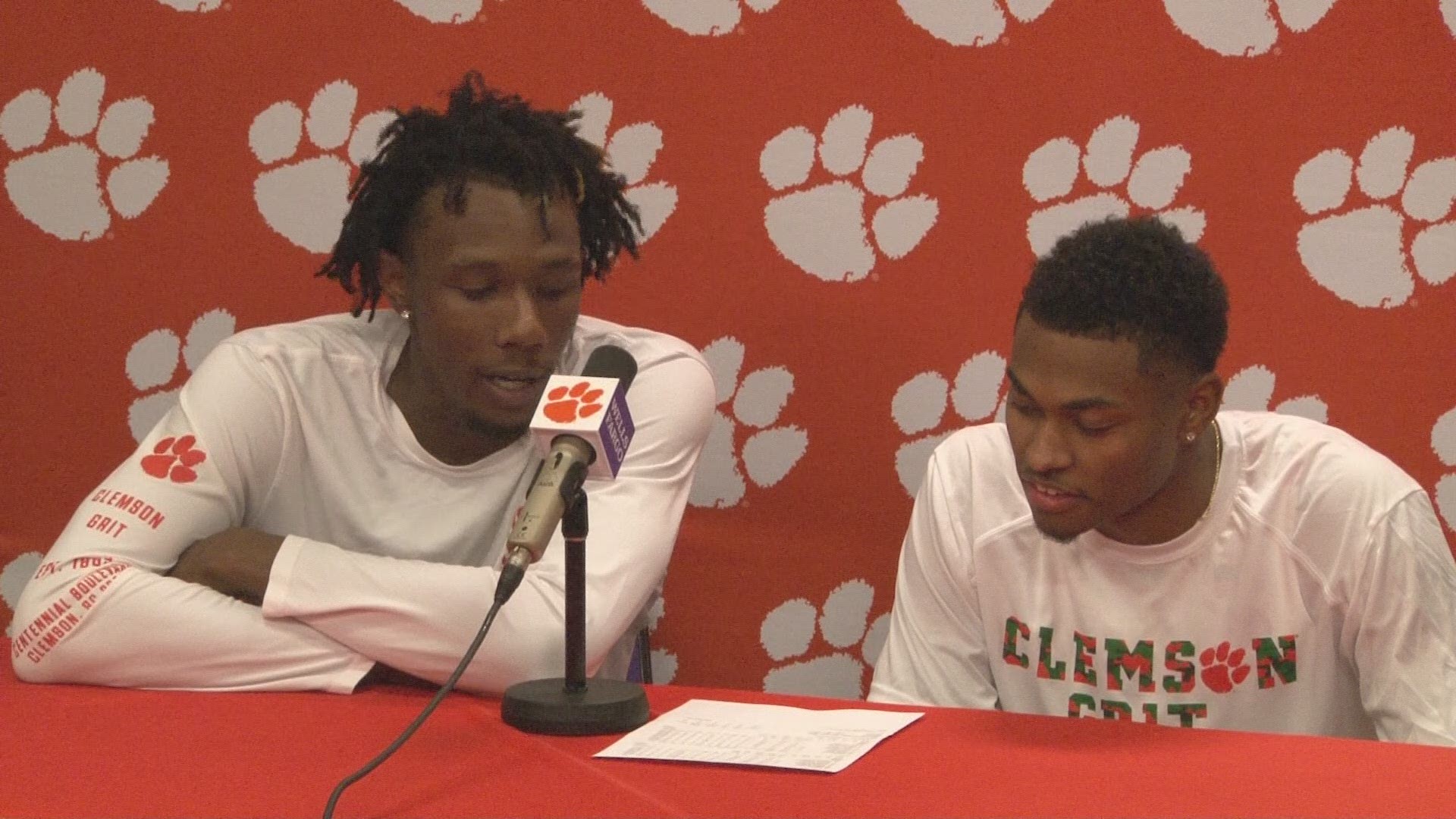 CLEMSON, S.C. (AP) - Tevin Mack had a carer-high 32 points and Clyde Trapp hit a go-ahead driving layup with 2.5 seconds left as Clemson rallied from 10-points down in the second half to defeat Syracuse 71-70 on Tuesday night.

Mack is a grad transfer who played at Texas and Alabama before joining the Tigers this year. He had 23 points in the second half during the comeback for Clemson. Mack also had a game-best 10 rebounds as the Tigers ended Syracuse's five-game win streak. Buddy Boeheim and Elijah Hughes had 22 points each for the Orange.

A former Dreher star, Mack scored the most points in a home conference game since Lower Richland graduate Ed Scott scored 36 points in 2002.

Trapp is a former News19 Player of the Week who like Scott, also won a state title at Lower Richland. He had career highs in points (17), rebounds (9), assists (6) and field goals (6)

The two Columbia natives were the only Tigers who scored in double figures.