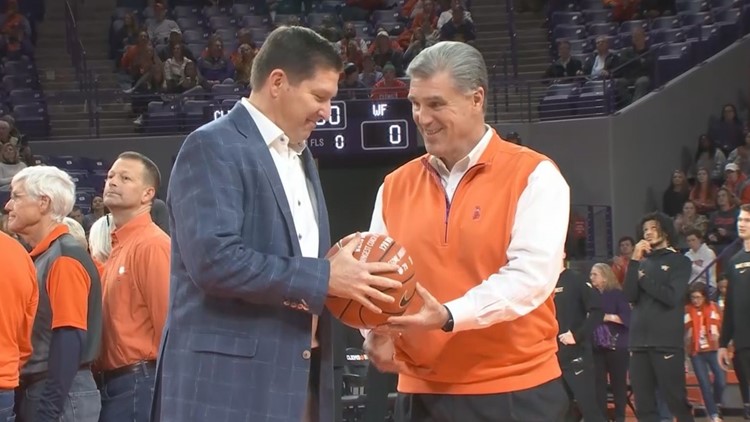 CLEMSON, S.C. (AP) - Hunter Tyson had a career-high 21 points, including the go-ahead basket, as Clemson rallied from 10-points down in the second half to defeat Wake Forest 71-68.

The Tigers (10-8, 4-4 Atlantic Coast Conference) trailed by 10 points in the opening half and were still behind 47-39 with 15 minutes to go. But, helped by a five-point possession, Clemson came back to win its seventh straight over Wake Forest.

The Tigers have won four of their past five ACC games after starting 0-3 in league play.

Clemson will be at sixth-ranked Louisville on Saturday.