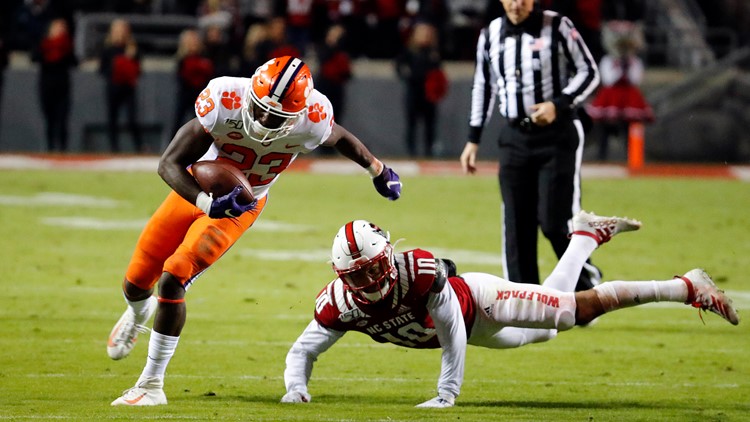 Clemson's win in Raleigh not only punched their ticket to Charlotte for the ACC Championship, but it helped the Tigers move up in the Associated Press Top 25.

Clemson inches up one notch from fourth to third with LSU and Ohio State at the top with Alabama fourth and Georgia fifth. Unbeaten Minnesota who defeated previously unbeaten Penn State is at seventh with the Nittany Lions dropping to ninth.

In the coaches poll, Clemson held steady at third as Ohio State jumped over the Tigers for second with LSU holding down the top spot.

The Tigers are expected to move from fifth in the College Football Playoff ranking to at least fourth or higher after both Alabama and Penn State lost. That ranking comes out Tuesday night.