Clemson will host The Citadel on September 19

The Tigers fill out their non-conference schedule with a game against the Bulldogs. 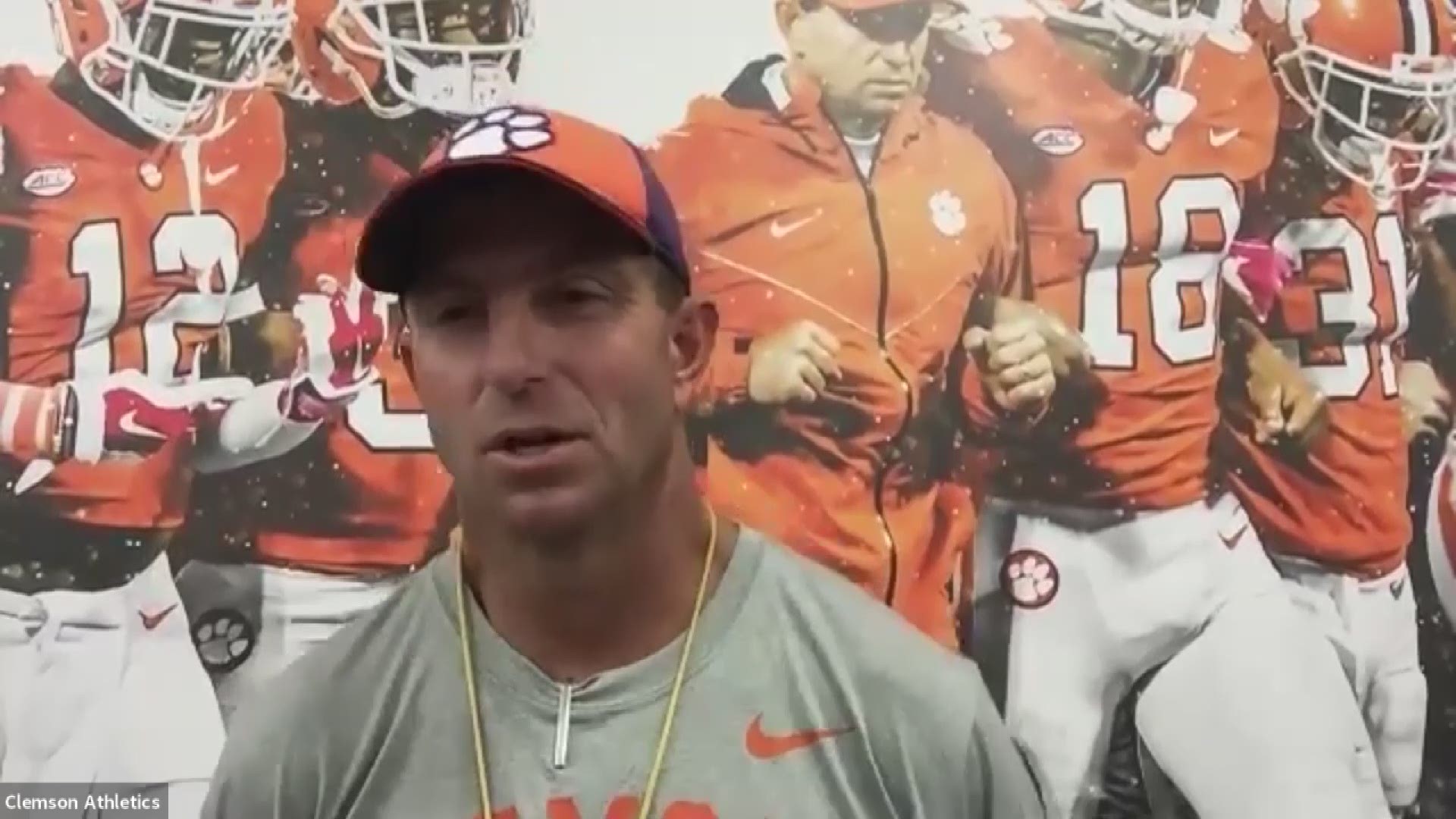 CLEMSON, S.C. — Clemson's modified 2020 schedule is complete after the announcement that The Citadel will come to Death Valley on September 19.

The game with the Bulldogs will be the home opener for the Tigers who open the season September 12 at Wake Forest.

The teams had been initially been scheduled to play on Nov. 14 before the ACC announced its updated schedule for 2020 which the 10-game league schedule and the one non-conference game.

The contest gives Clemson six home games at Memorial Stadium in 2020. Clemson has hosted at least six home games in each of the last 20 seasons, dating back to the 2000 campaign. Clemson has hosted an in-state FCS opponent every year since 2007 as part of its current scheduling philosophy. Both Clemson and The Citadel will adhere to competition testing protocols set forth by the ACC Medical Advisory Group.

“We are extremely excited that we were able to keep The Citadel on our schedule for 2020, as annually hosting an FCS opponent from the state of South Carolina remains a key point of our scheduling philosophy,” Director of Athletics Dan Radakovich said.

“We are grateful to both the ACC and The Citadel for their interest and hard work in preserving this non-conference game for our student-athletes, the Clemson community and the state of South Carolina.”

Home opener set for Sept. 19th vs. The Citadel 🐅🐾https://t.co/EipuJO9Dpf

The Citadel will host Eastern Kentucky on September 26 as the Bulldogs will have up to four non-conference games on their 2020 schedule.