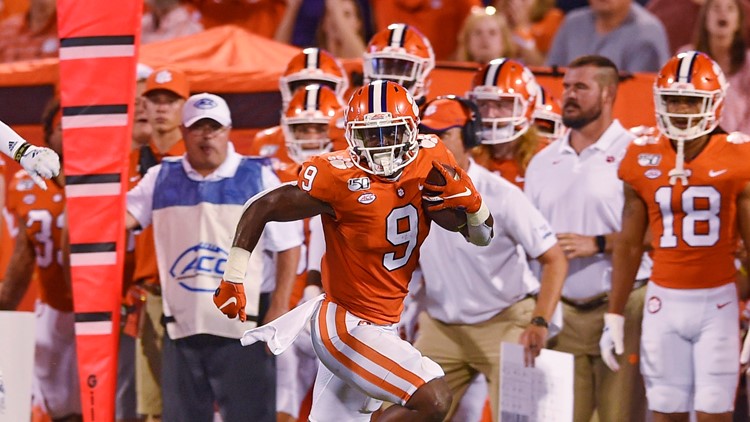 Photo by: AP
Clemson's Travis Etienne runs down the sideline for a 90-yard touchdown during the first half of the team's NCAA college football game against Georgia Tech on Thursday, Aug. 29, 2019, in Clemson, S.C. (AP Photo/Richard Shiro)

Clemson running back Travis Etienne was named the ACC running back of the week after the top-ranked Tigers’ 52-14 win over Georgia Tech last Thursday.

Etienne was also named the Walter Camp FBS Offensive Back of the Week following his performance in that Thursday night matchup. Etienne rushed 12 times for a career-high 205 yards and three touchdowns, including a school-record-tying 90-yard run for a score. His 90-yard run was also the longest TD run in the history of Memorial Stadium.

His 12 carries were the fewest by any 200-yard single-game rusher in Clemson history.