Clemson offensive coordinator Tony Elliott has received a significant pay raise with a new contract that will keep him in orange through 2026. 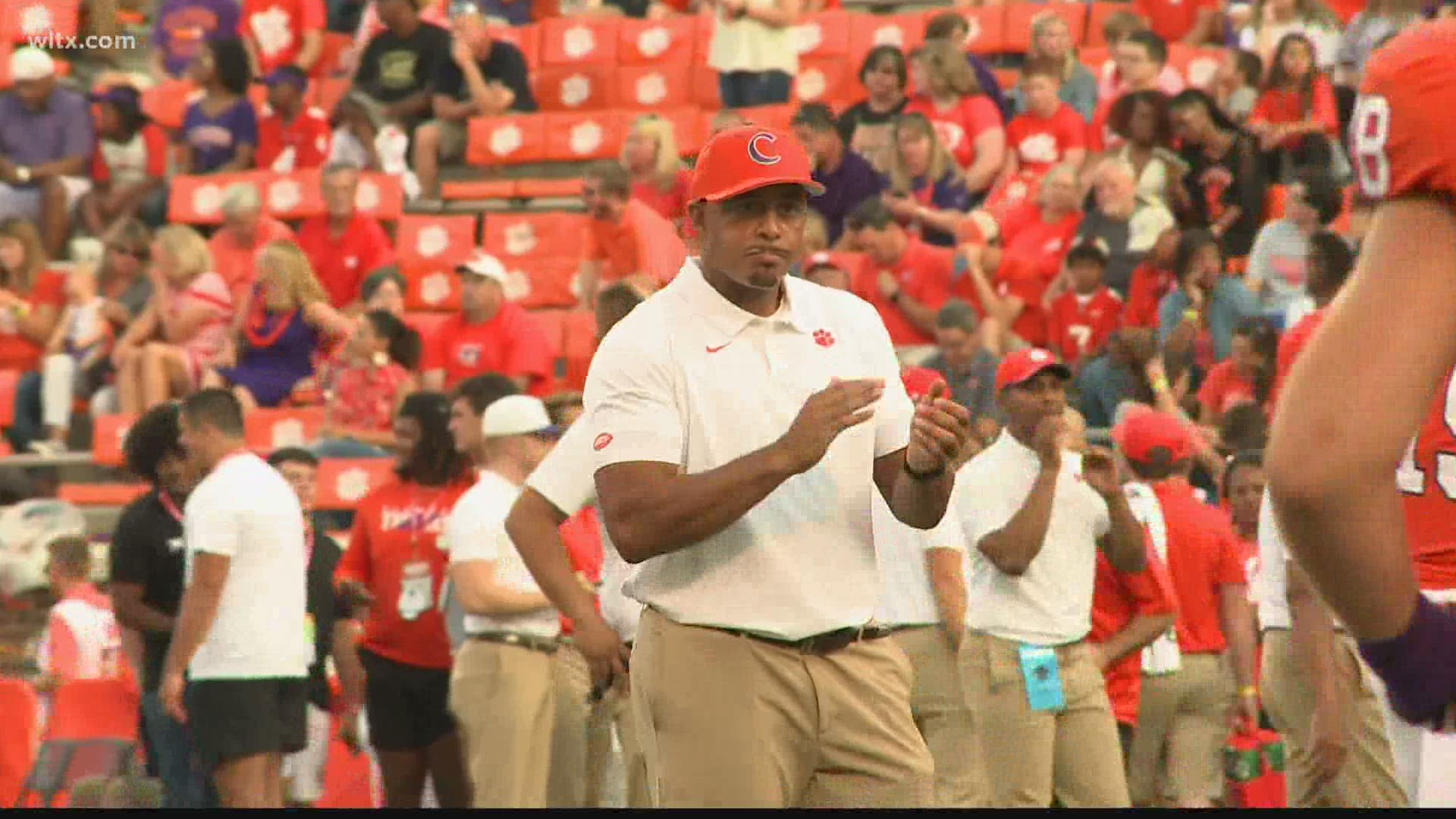 It was a given that after Elliott received significant attention from Tennessee concerning its vacant head coaching position, head coach Dabo Swinney was going to make sure to make a major effort to keep Elliott. The end result is a three-year contract extension for Elliott whose annual salary increases from $1.7 million to $2 million.

Clemson is now the only school in the country with two assistants making at least $2 million a year.

A former wide receiver at Clemson, Elliott has had stops at S.C. State and Furman before joining Swinney's staff in 2011 as running backs coach. This year, Elliott will move to coaching tight ends while adding the title of assistant head coach.

In other personnel news, Clemson officially announced that former All-America running back CJ Spiller will take over for Elliott as the Tigers' running backs coach. Spiller played at Clemson from 2006-2009, winning the ACC Player of the Year award as a senior. He also finished sixth in the Heisman Trophy voting in 2009 after being named a unanimous All-American. He was the ninth overall draft pick by the Buffalo Bills in 2010. He played nine years with one Pro Bowl appearance. Last month, the National Football Foundation announced Spiller was selected for induction into the College Football Hall of Fame for the Class of 2021.