Hunter Helms has a June 8 appointment at Clemson

Gray Collegiate Academy product Hunter Helms will be at Clemson June 8 for the start of voluntary workouts. Helms will be a preferred walk-on at quarterback. 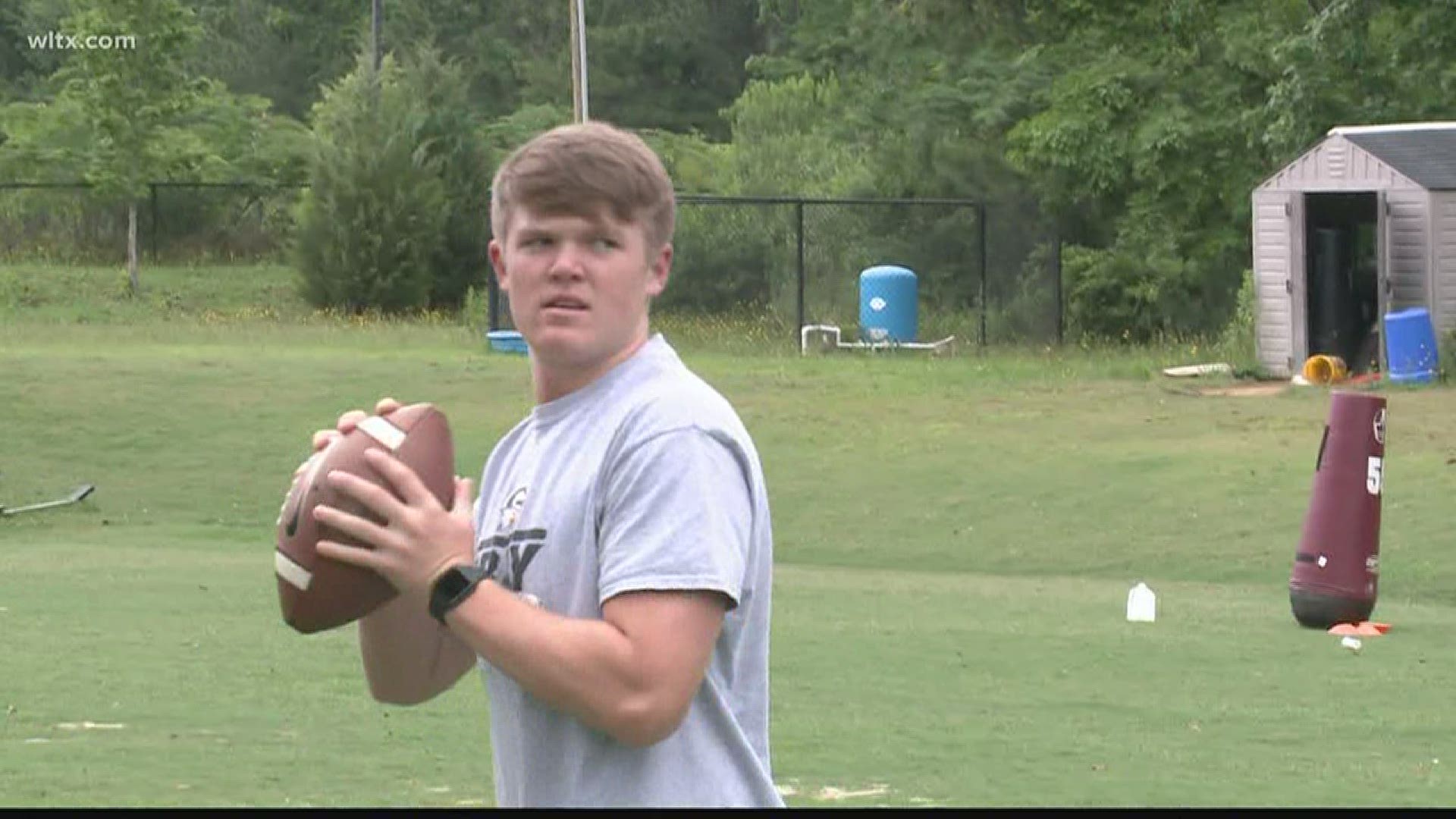 Like the rest of college athletes around the country, Hunter Helms has been forced to work out on his own as athletes have been away from their respective campuses due to the pandemic.

But June 8 will be the date when Clemson's football and basketball players will be back in the Upstate for the start of voluntary workouts and Helms admits he is excited about beginning his career on the college level.

The former News19 Player of the Week from Gray Collegiate Academy had a chance for a full ride at South Florida under former Clemson assistant Jeff Scott. But Helms went with his dream school and he will head to Clemson as a preferred walk-on. Obviously earning a scholarship is something Helms has on his radar, but early on, Helms will be in a quarterback room headlined by Trevor Lawrence with Taisun Phommachanh and DJ Uiagalelei waiting in the wings.

Helms has no illusions about where he will stand in the pecking order but he says he will go into each practice with the goal of improving each day and doing his part to make his unit better. Helms will also be the second Midlands product in the Clemson quarterback room. Ben Lippen product Patrick McClure is a walk-on for the Tigers. The redshirt junior, who transferred to Clemson after one year at Jacksonville University, has played in two games for the Tigers.