Larry Penley has been a part of Clemson athletics since 1977 as a player, an assistant coach and a head coach. 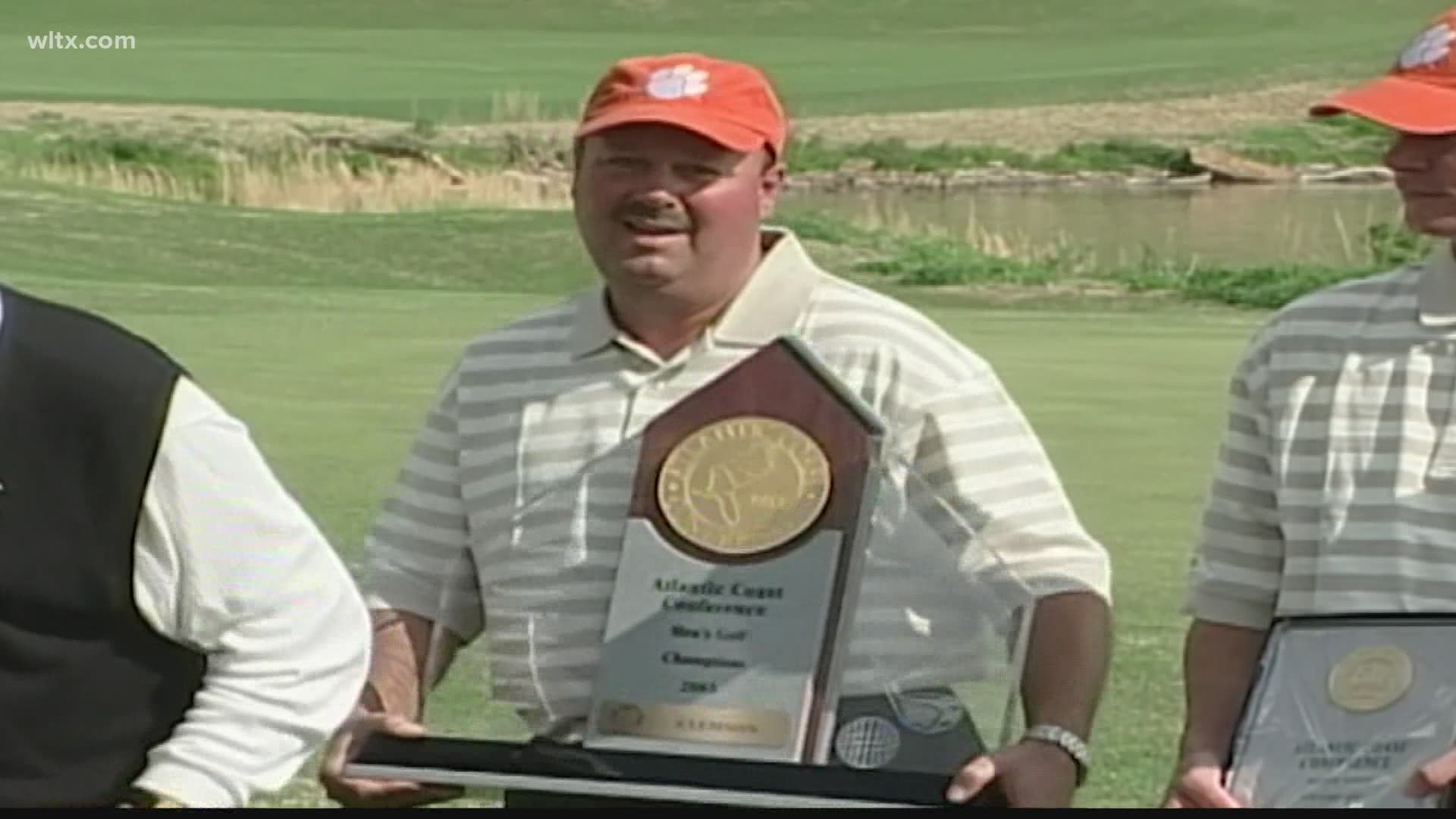 CLEMSON, S.C. — Larry Penley's coaching career will come to an end in the coming months.

The legendary Clemson men's golf coach has announced he will retire at the end of this 2021 season. Penley has been the head coach of the Tigers since the 1983-84 academic year, with this year marking his 38th leading the program, the longest tenure by a Clemson head coach in any sport.

“I can’t thank Clemson University enough for allowing me to live a dream,” said Penley.

“Being part of the Clemson Golf program as a player, assistant coach and head coach since 1977 has been special to say the least. Thanks also to all of our past student-athletes and their families. It has been an honor to serve as their coach. I am proud of the way they have represented Clemson in competition and off the course when they were student-athletes and in their careers."

Penley has taken Clemson to the NCAA Tournament all 36 seasons in which a tournament was held since taking over the program from Bobby Robinson, also a Clemson athletics record for team appearances by a head coach by a wide margin.

The highlight of Penley’s career so far took place in 2003 when Clemson won the National Championship, at the time, just the fourth national team championship in Clemson athletics history. The Tigers were one of the most dominant teams in college golf history that year, winning six times, including the ACC, NCAA Regional and NCAA Championship tournaments. Clemson was the first team in college golf history to win all three of those postseason tournaments in the same year.

The national championship was also memorable because the tournament was held at the home course of second-ranked and multiple-time national champion Oklahoma State. Clemson was number-one in the nation in the preseason and in every poll throughout that season in posting an incredible 183-8-3 record against the opposition over the course of the season.

A former All-ACC golfer at Clemson between 1977-81, Penley was inducted into the Golf Coaches Association Hall of Fame in 2004 at the age of 44, one of the youngest inductees in history. The induction took place less than a year after he led the Tigers to the National Championship, and was named National Coach of the Year by every service. He was inducted into the South Carolina Golf Hall of Fame in 2009.

Entering the spring of 2021, Penley has 79 career victories, second in ACC history behind the 83 won by Jesse Haddock when he was the head coach at Wake Forest.   Among those victories are nine ACC Tournaments and seven NCAA Regionals. The seven regional titles are more than any other coach in NCAA Division I history.

Between 1982-2004, Clemson reached the NCAA National Tournament every year.  That 23-year streak is the third-longest in college golf history.  Penley was the head coach for 21 of the 23 years in that streak. Overall, Penley has taken Clemson to the national championship tournament 29 times, including each of the last five years there has been a tournament.