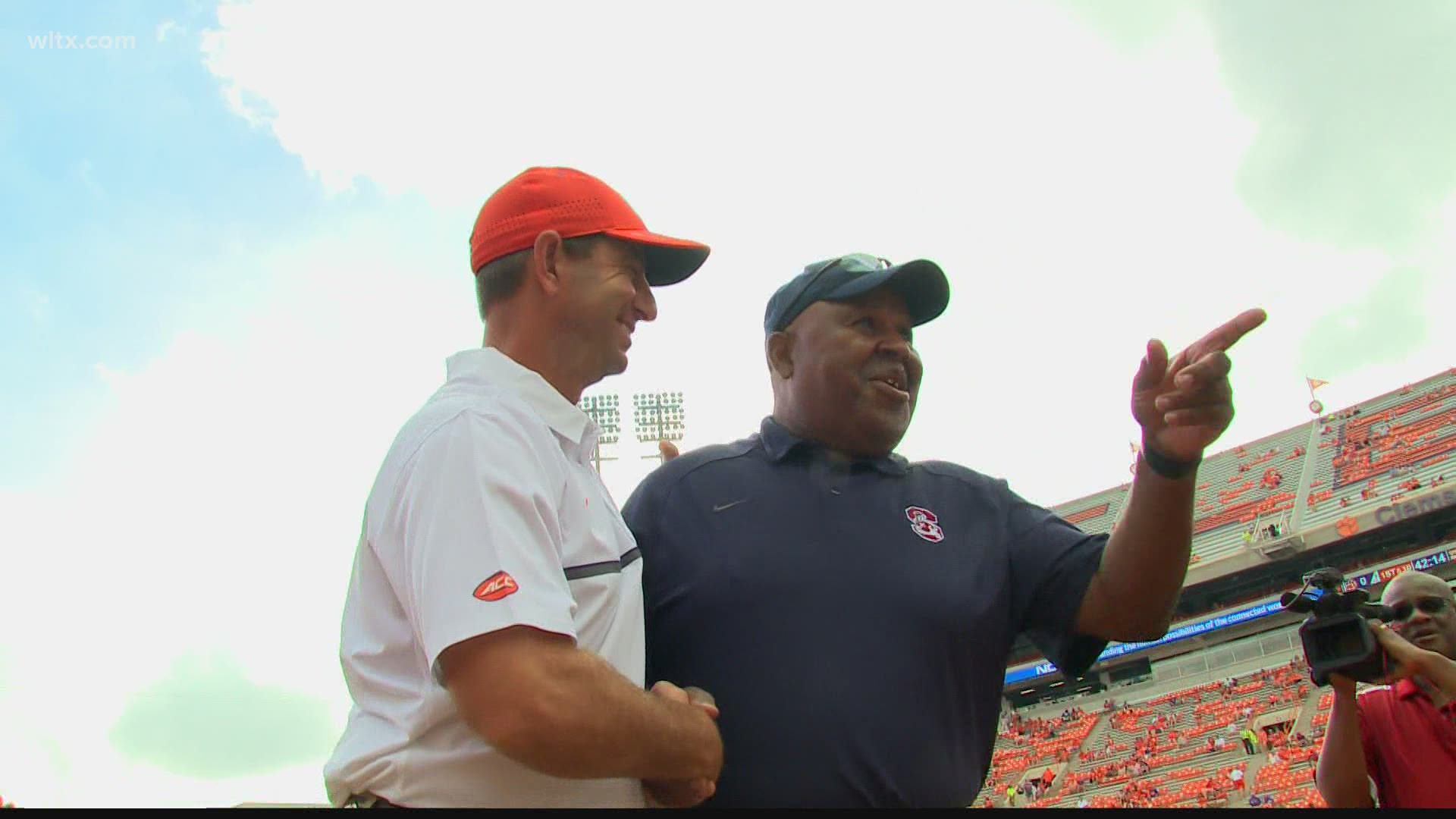 CLEMSON, S.C. — Clemson's schedule for the fall is starting to come into focus in terms of kickoff times.

The ACC released kickoff times for the first three weeks of the regular season. The Tigers' home opener against South Carolina State on September 11 will kick off at 5:00 p.m.

The 7:30 p.m. start on September 4 in Charlotte against Georgia had been previously announced.

Clemson's start time for its home opener on September 11 against South Carolina State will be 5:00 p.m.

That is followed by the ACC opener which will be in the Valley on September 18 against Georgia Tech. That game will kick off at 3:30 p.m.

Also, the Friday night game at Syracuse on October 15 will kick off at 7:00 p.m.