Clemson looks to learn from its loss to Georgia

Head coach Dabo Swinney hopes getting exposed by Georgia, especially offensively, will lead to his team making significant improvement as the season rolls along. 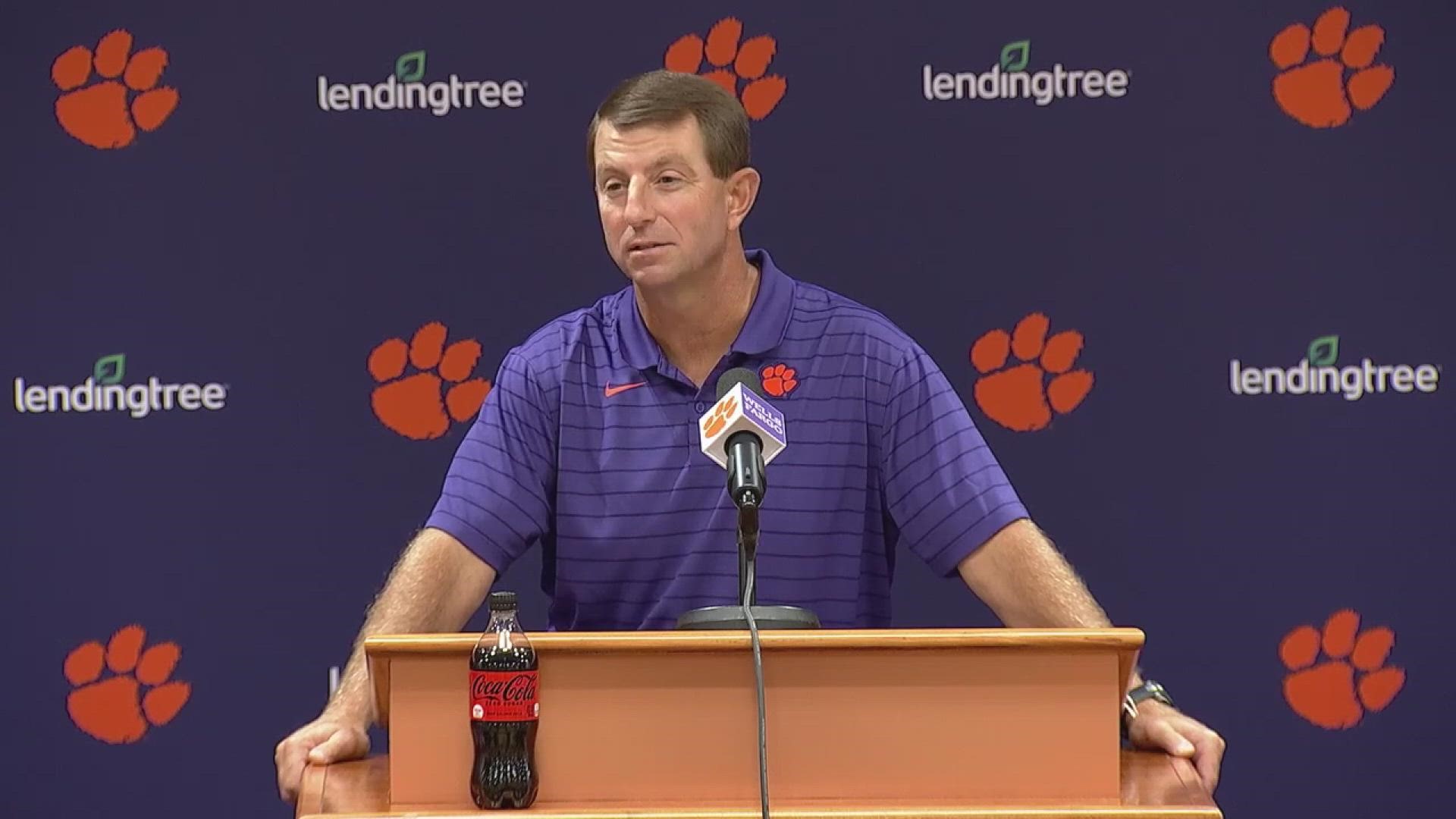 CLEMSON, S.C. — Head coach Dabo Swinney said last week that the Tigers would not learn as much from playing an inferior opponent as it would from playing a top five team like Georgia.

Looking back at the 10-3 loss, Swinney used his Tuesday news conference to list a number of plays that had they been executed properly, would have allowed the Tigers to score more than three points.

"Football punishes you for mistakes and it rewards precision and details," Swinney said on Tuesday.

"That's what the difference in the game was the other night. Just mistakes, fundamentals and details offensively because we played enough to win in the other two phases. I will say this, I think we have a chance to be one of the better teams we've had around here."

Swinney added for that to happen, the team has to improve and also stay healthy.

The Tigers will host South Carolina State Saturday at 5:00 p.m.