Clemson head football coach Dabo Swinney went off on a number of topics Tuesday as he previewed the ACC Championship game. 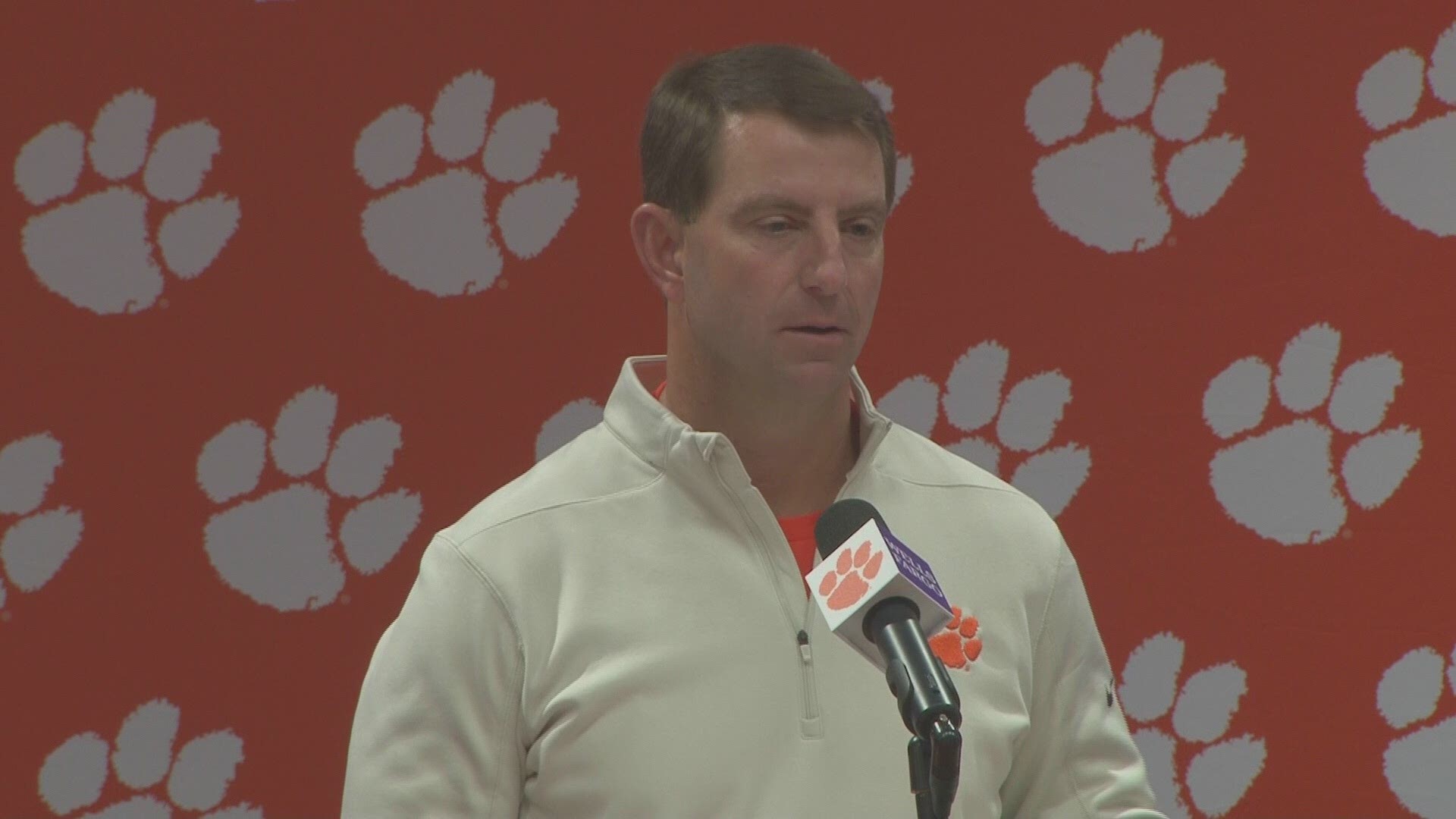 His team is 12-0 and one win away from locking down a spot in the playoffs for a fifth straight year.

But just days after Swinney talked about his team's lack of respect on a national basis, SEC commentator Paul Finebaum took to the airwaves to take a few shots at Swinney.

“I think Dabo Swinney is the most annoying winner in all of sports,” Finebaum said.

“The guy just can’t keep his trap shut. Somebody just give the man a pacifier, send him to timeout and we will check in with him on Dec. 28 when he finally plays a legitimate team during this entire college football season.”

Swinney took a few good natured jabs at Finebaum but ultimately, he did not respond with any personal attacks of his own.

“I am not going to dislike somebody because he is great at his job,” he said.

“He works for the SEC. Let’s get Eric Mac Lain and put him on those shows every day. That is what he does. That is his job. I will never be upset at a person because he does a great job. Paul Finebaum is great at what he does.”