Dabo and the Tigers will welcome Buddy Ball to the Valley

Clemson will host South Carolina State Saturday in the first home game of 2021. 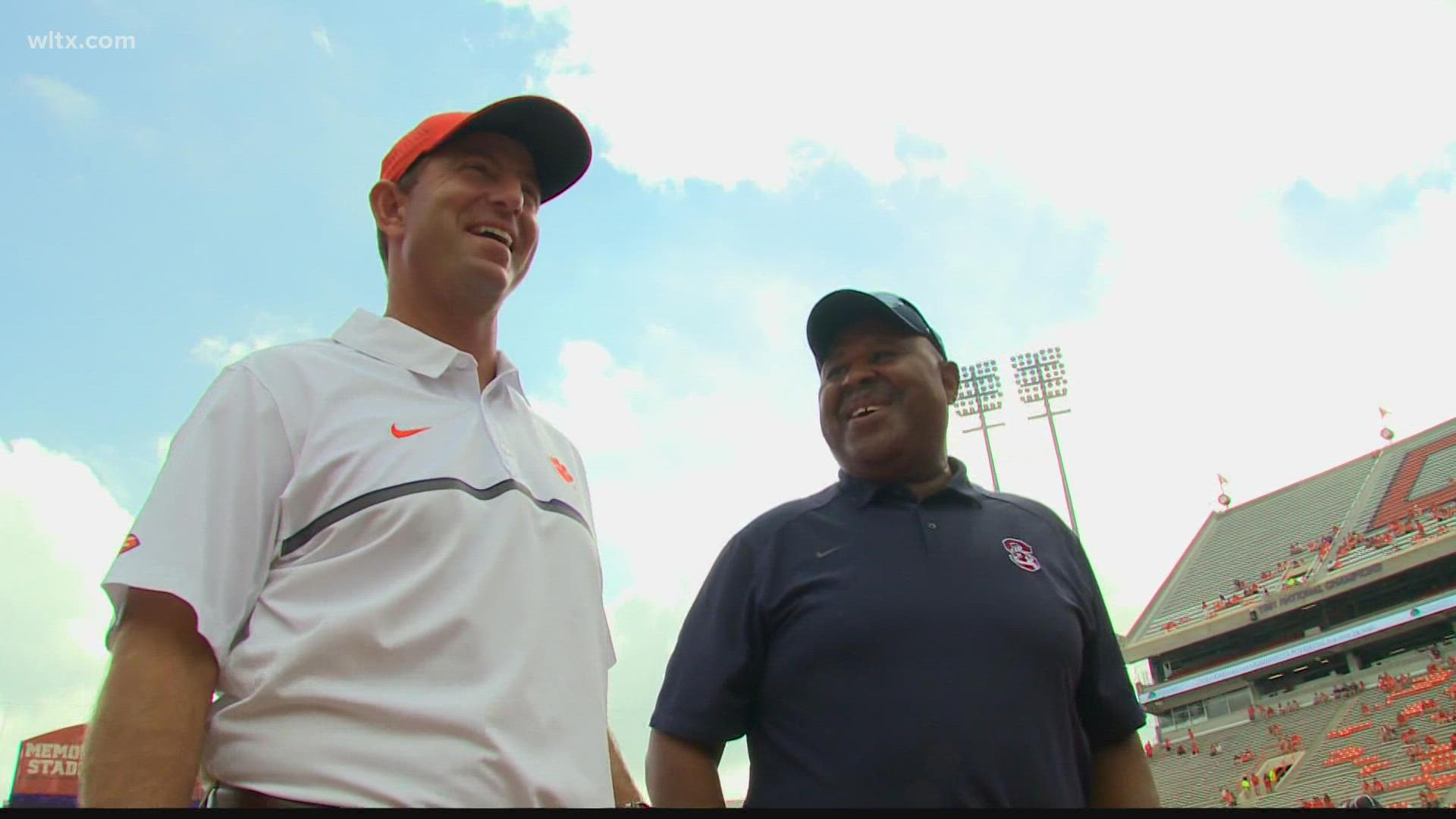 CLEMSON, S.C. — South Carolina head football coach Buddy Pough admits it might have worked better for his team if Clemson had not lost to Georgia this past Saturday.

Instead, Pough expects an angry Tiger team that his team will be facing this week in the Upstate.

South Carolina State is coming off a 42-41 loss at Alabama A&M, an offensive performance which caught the eye of Swinney who also is leery of S.C. State quarterback Corey Fields whose mobility, Swinney says, will give his team a preview of other mobile quarterbacks which will be facing the Tiger defense throughout the season.