Jordan Byrd will take over the Clemson men's golf program

Longtime Clemson assistant is a Midlands product and the brother of former Clemson All-American Jonathan Byrd. 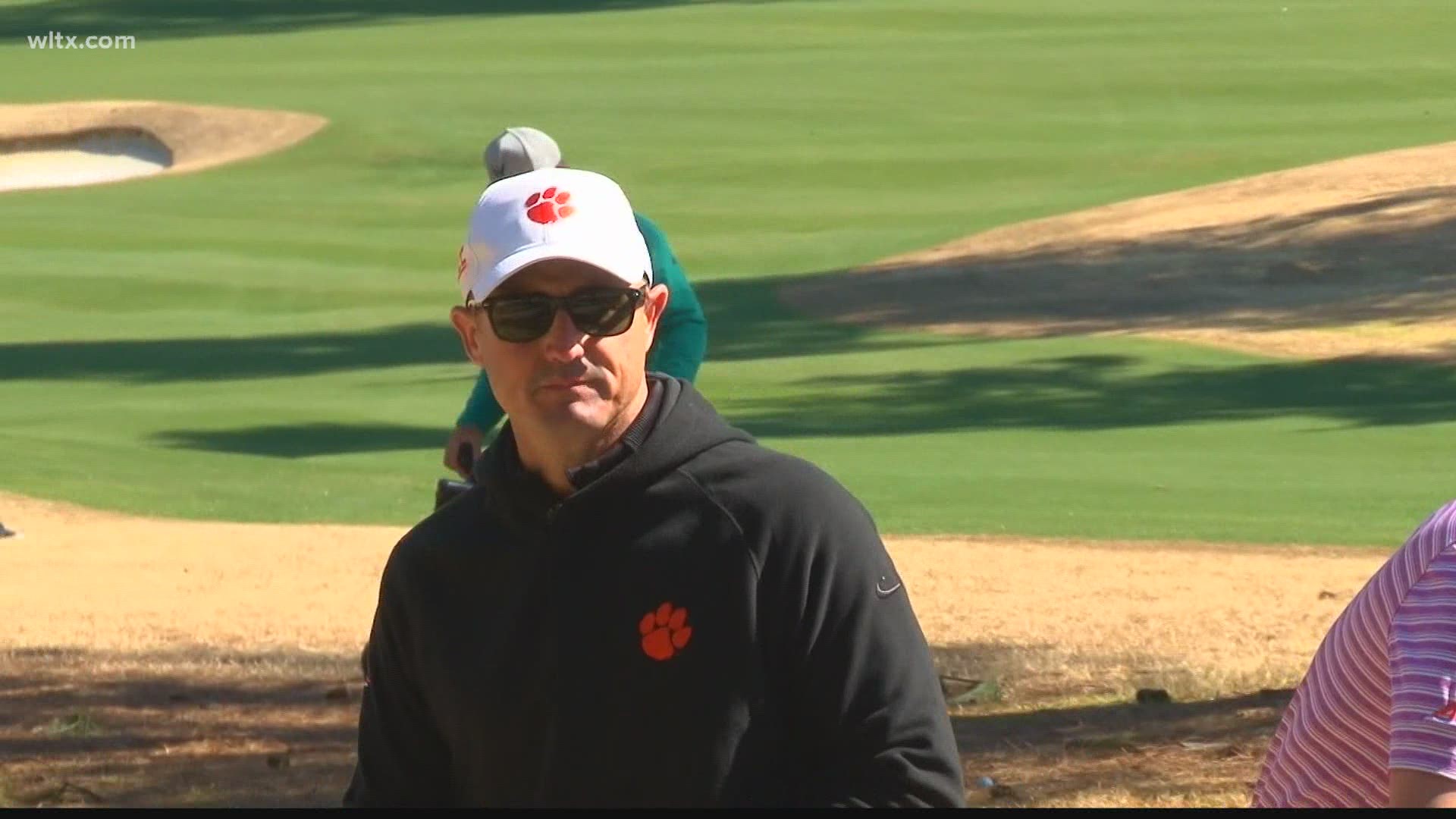 Byrd has been an assistant at Clemson for the past 17 seasons and he takes over for Larry Penley who is retiring in the coming weeks. Byrd has spent his entire coaching tenure in orange and that follows a similar path to Penley who first worked as a Clemson assistant in 1982 before he was promoted to head coach for the 1983-1984 season.

“We are delighted to have Jordan Byrd take over the men’s golf program,” said Director of Athletics Dan Radakovich.

“When Coach Penley announced his intention to retire, we quickly identified Jordan as a top candidate for this position. We knew his leadership and engagement in the golf community were unparalleled. After others and I interviewed him, I knew he was ready to put his own mark on this program that he’s had such a large part in building.”

“I am thrilled to lead this program, and thankful to the administration for the opportunity,” said Byrd.

“I have had the privilege to learn an incredible amount from Coach Penley and I am ready for this opportunity. Clemson has been home for my family and me for a long time, and I am excited to lead this program.”

Byrd is a Spring Valley graduate and the brother of former Clemson All-American and current PGA Tour golfer Jonathan Byrd. Jordan is a Furman graduate who served as a captain (1997-98). As a junior, Byrd won the Southern Conference title as the Paladins won the team title. That team was Furman's first NCAA Tournament team in program history.

“Jordan Byrd is ready for this opportunity,” said Penley.

“I’ve had the chance to work alongside him for 17 years, and he’s been a tremendous leader of young men. Jordan is a terrific golf mind and golf coach, and I couldn’t think of anyone better to lead this program into the future.”

Byrd is in no rush for this season to end as the Tigers begin play as the No. 1 Seed in NCAA Regionals on May 17. So, while he is excited for this opportunity, he will be doing his part to help the Tigers efforts to extend Penley's career as long as possible as Clemson hopes to advance to the NCAA Championship in Scottsdale, Arizona.