Clemson head football coach Dabo Swinney does not spend a lot of time talking about the head coaching vacancy in Houston. 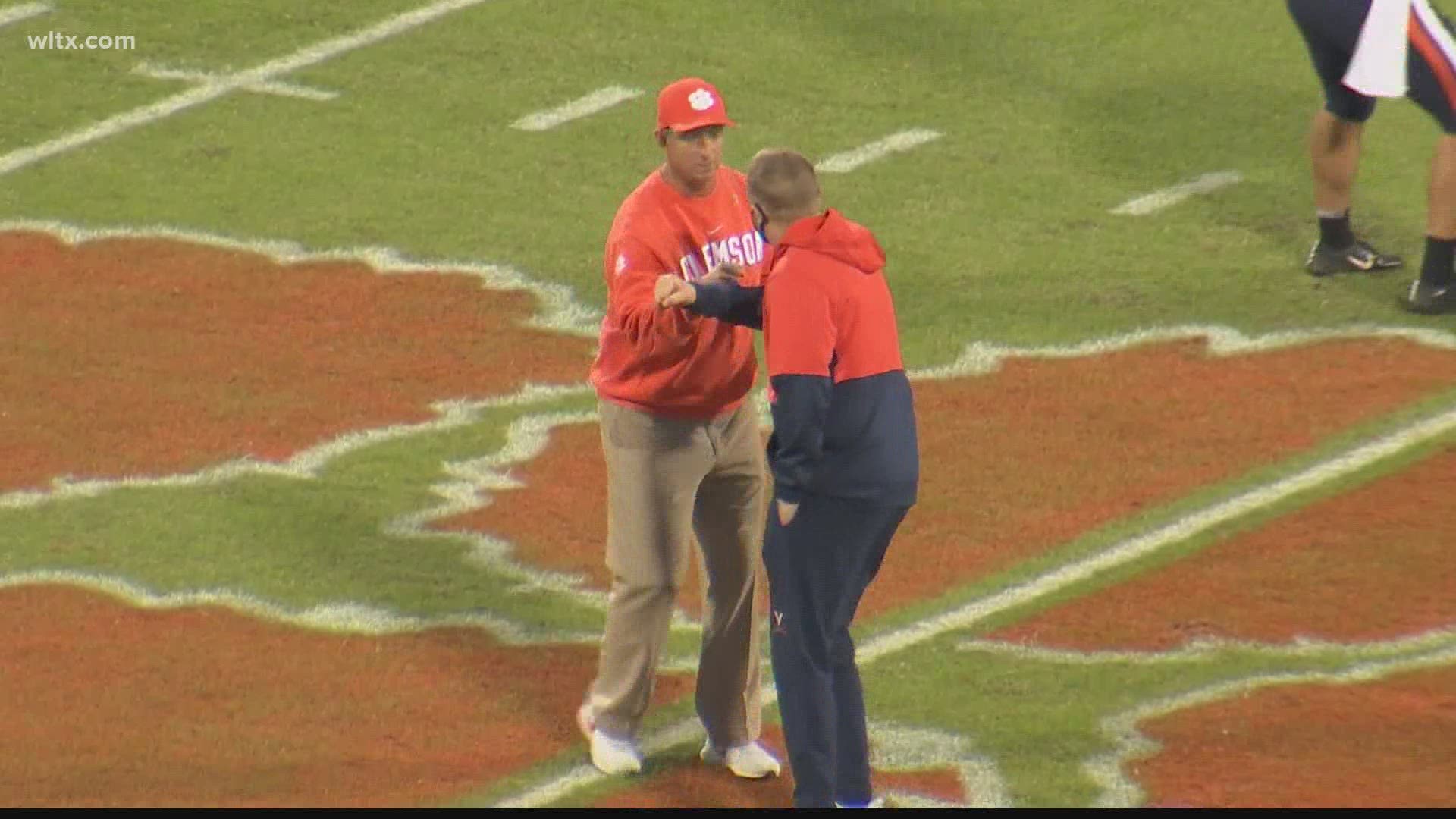 Usually when Dabo Swinney's name is linked to another job, it's Alabama - his alma mater.

But on Tuesday, Swinney was asked about the opening in Houston after the Texans fired head coach Bill O'Brien on Monday.

Swinney's former quarterback signed a four year, $160 million contract extension in September so what about a reunion at the next level? Swinney wasn't having any of it, especially with a top 10 Miami team coming to the Upstate this weekend.

“I have not heard from Deshaun,” Swinney said, “and that is not even anything that I want even to have to be thinking about. That is so just … You would be the one to ask that question. All the questions. Are you going to ask anything about Miami? Next question!”