Dabo continues to question the lack of respect for his program

Clemson head football coach Dabo Swinney had a lot to say after the win over South Carolina. 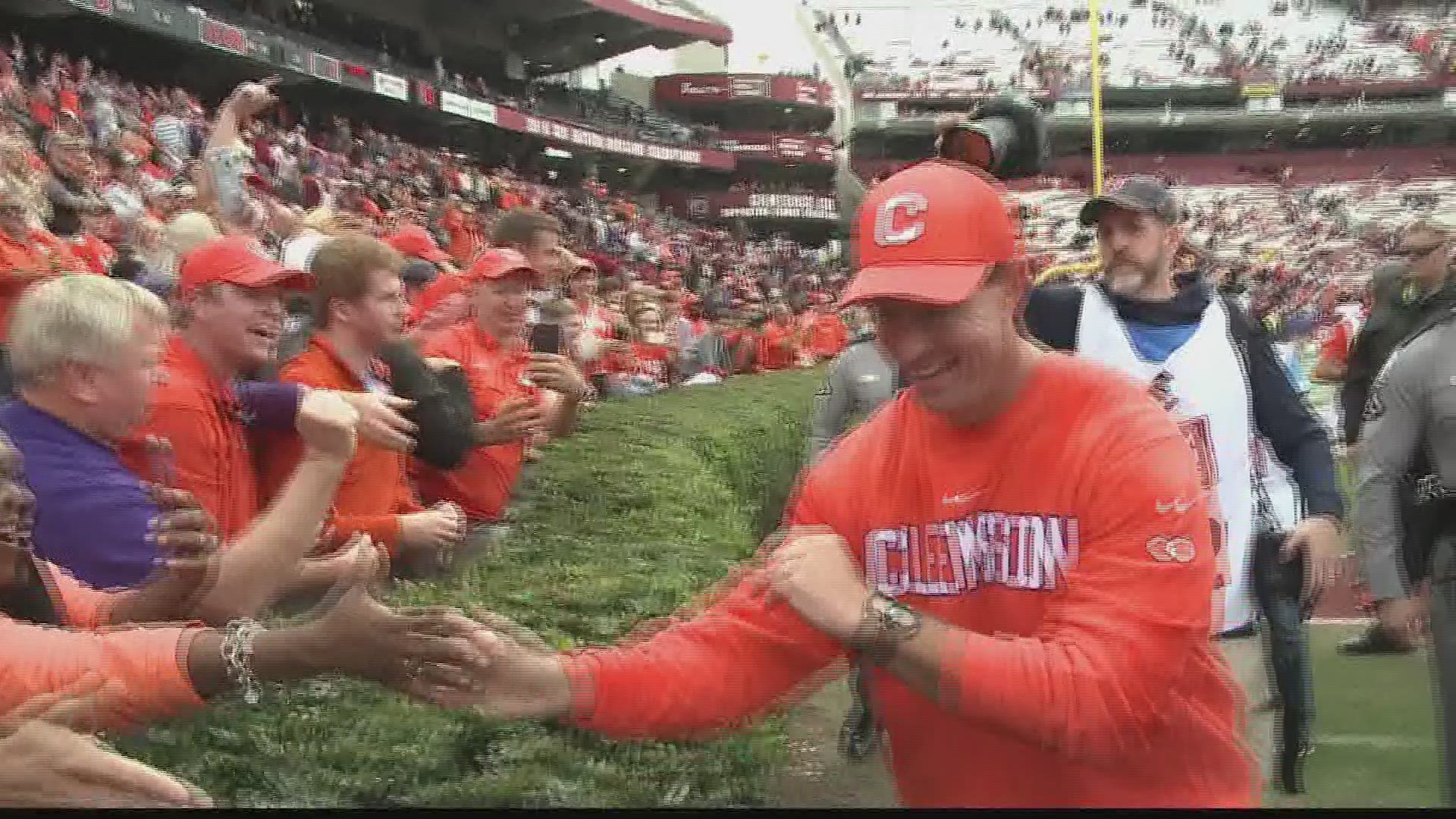 Clemson head football coach Dabo Swinney was all smiles as he slapped hands with the Tiger fans who made their way to the end zone after watching the Tigers defeat the Gamecocks 38-3.

For Clemson, it was the sixth straight win in the series and overall it was the 27th victory in a row which is the nation's longest winning streak.

"This is huge," Swinney said of Saturday's win over the Gamecocks at Williams-Brice Stadium.

"It's huge obviously from a national standpoint because obviously if we lose this game, they're going to kick us out. They don't want us in there anyway. We'd drop to 20. Georgia loses to this very same team and the next day it's 'How can we keep Georgia in it?'. We win to the team that beat Georgia and it's 'How do we get Clemson out?'. It's the dadgumest thing. It's big because they can't vote us out. We've got to go 30-0. We ain't got no choice."

Clemson can extend its winning streak to 28 games with a victory Saturday over Virginia in the ACC Championship.