For Clemson QB, a trip to GA Tech is a "home game"

Clemson quarterback Trevor Lawrence returns to the place where his career trajectory took off. 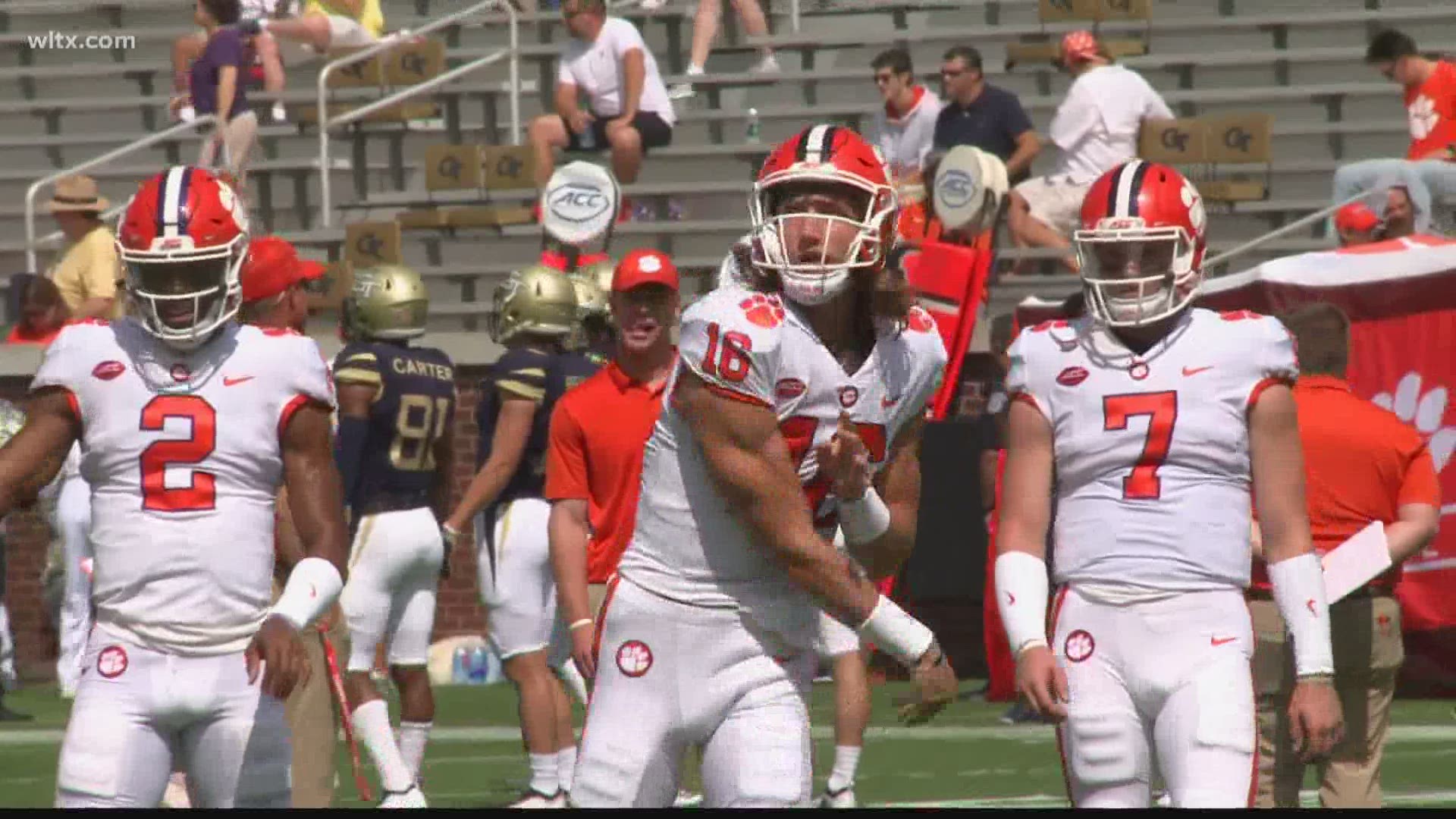 The last time Trevor Lawrence was at Georgia Tech he was the backup to starter Kelly Bryant.

That was the last time Lawrence came off the bench.

Lawrence was 13-of-18 passing for 176 with four touchdowns and one interception. With his hometown of Cartersville less than an hour north of Atlanta, Lawrence says he felt very comfortable playing at Bobby Dodd Stadium almost to the point of calling it a home game because two years ago, he had a lot of family and friends in the building.

Head coach Dabo Swinney looks back on that game with a bittersweet feeling because he was excited over Lawrence's potential and the chances of returnng to the national championship stage. The coach was also sad because he knew he would have to inform veteran Kelly Bryant that he was being demoted.

Bryant ended up leaving the program and transferring to Missouri.

Lawrence would go 11-0 as a starter and lead the Tigers to their second national championship in the Dabo Swinney era. But it wasn't without some angst. The following week at Syracuse, Lawrence's first start ended in the first half when he suffered a hard hit and left the game. Chase Brice would come off the bench and help rally the Tigers, preserving their national championship hopes.