Trevor works out for NFL scouts and coaches

Clemson's Trevor Lawrence headlined his own Pro Day Friday as he gave NFL coaches and scouts a look at what he will bring to the next level. 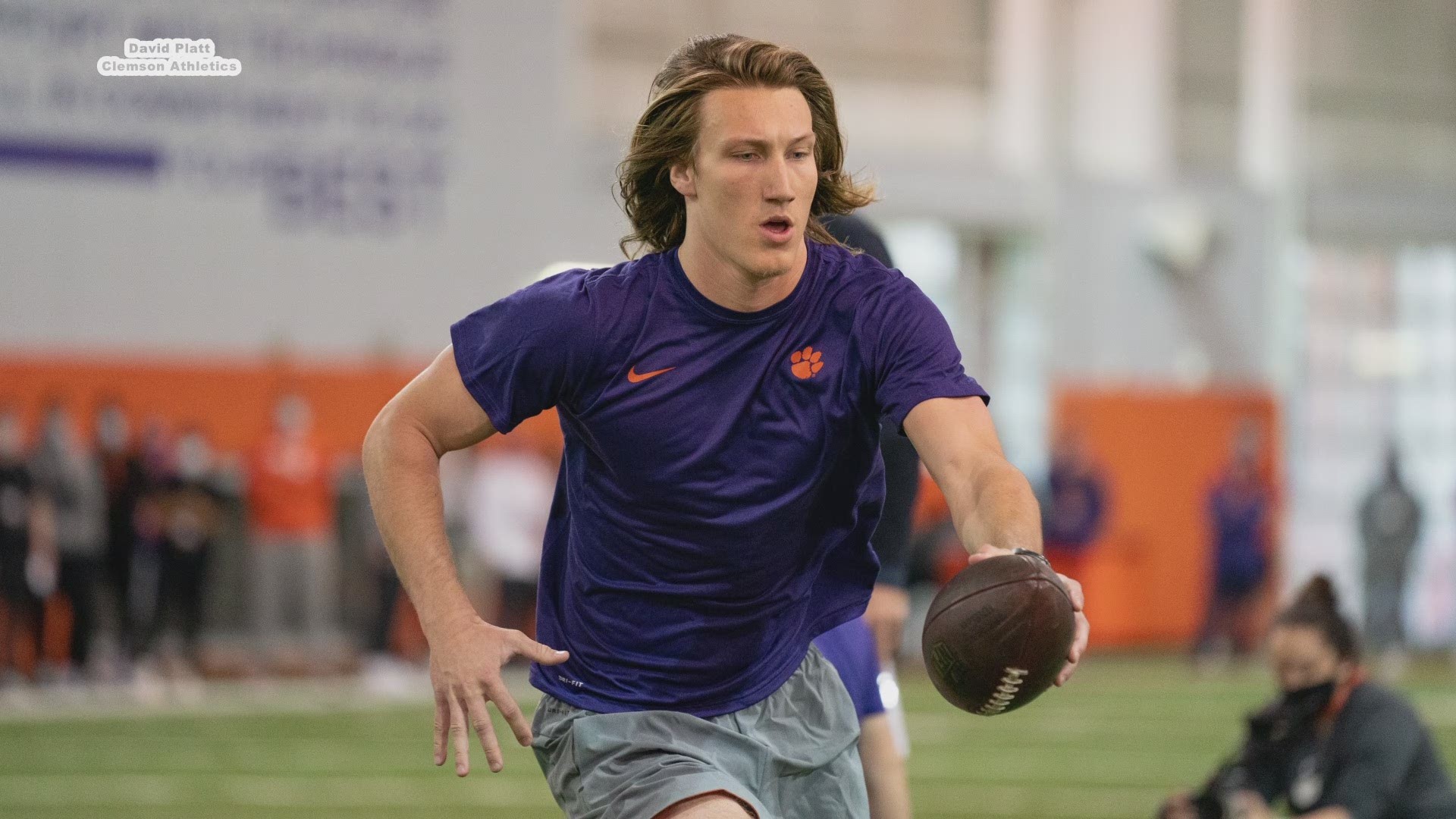 Lawrence is the likely No. 1 overall selection in the NFL draft with the Jaguars holding that pick. Lawrence worked out for about 40 minutes, throwing passes with his powerful arm.

Lawrence moved up his session after learning he'd need surgery on his left, non-throwing shoulder. He is expected to be ready for training camp.