Clemson head football coach Dabo Swinney is on the watch list for an award that goes beyond the number of wins. 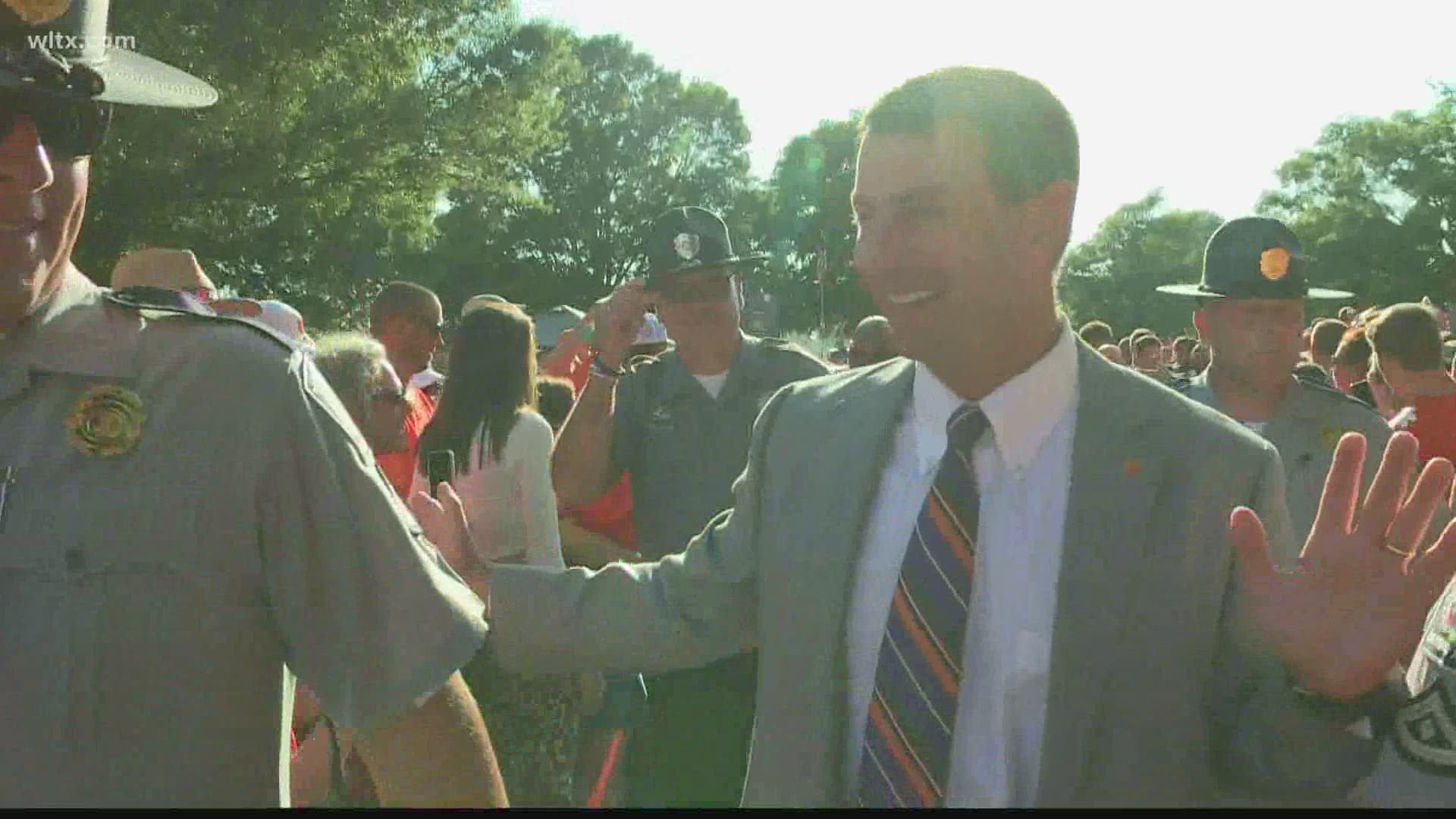 CLEMSON, S.C. — Clemson head football Dabo Swinney is one of 13 head coaches who are on the watch list for the Dodd Trophy which is presented by the Bobby Dodd Coach of the Year Foundation and the Chick-fil-A Peach Bowl.

The Dodd Trophy celebrates the head coach of a team who enjoys success on the gridiron, while also stressing the importance of scholarship, leadership and integrity – the three pillars of legendary coach Bobby Dodd’s coaching philosophy. Dodd led Georgia Tech to the 1952 national championship and Georgia Tech's stadium is named in his honor.

The watch list was created through a selection process by the Bobby Dodd Coach of the Year Foundation and Chick-fil-A Peach Bowl, taking into consideration each program’s graduation rate, commitment to service and charity in the community, projected success for the 2020 season and Academic Progress Rate (APR). Coaches in the first year with their current team are ineligible to receive The Dodd Trophy and only those coaches who have played during the fall season will be eligible for this year’s award.

“An unprecedented season calls for an unprecedented preseason watch list,” said Jim Terry, chairman of the Bobby Dodd Coach of the Year Foundation. “When considering candidates for this year’s Dodd Trophy, the Bobby Dodd Coach of the Year Foundation made the decision to align with the College Football Playoff’s timeline and only consider coaches who will play during the fall season. That said, we still would like to recognize coaches from other conferences who met all of the criteria and under normal circumstances would be included on our list.”

The Dodd Trophy would also like to recognize the following coaches from conferences scheduled to play in the spring. These nine coaches all met the same criteria as the 13 coaches named to the preseason watch list, but are not eligible to win the award this season considering The Dodd Trophy will be awarded in December before their seasons are completed.

“In a season that’s facing so many uncertainties during these unprecedented times, leadership becomes imperative,” said Peach Bowl, Inc. CEO & President Gary Stokan. “All of these coaches have persevered through many challenges during their careers, but nothing like what they will face this year. We look forward to seeing how each of these coaches navigate these new challenges to continue to lead their teams, both on and off the field, throughout the course of this unique season.”

Of the 13 coaches on the watch list, four are previous winners of The Dodd Trophy, including Brian Kelly (2018), Nick Saban (2014), Dabo Swinney (2011) and Mack Brown (2008). Additionally, two finalists from last year are on the 2020 watch list, including Ed Orgeron and Dabo Swinney.

The SEC leads all conferences with five coaches making the list. The ACC features four head coaches on the watch list followed by the Big 12 and AAC with two apiece.

A midseason watch list – adding to or narrowing the field – will be released later in the fall. A panel consisting of previous winners, national media, a member of the Dodd family and a College Football Hall of Fame member will identify the final list of potential recipients at the conclusion of the 2020 season. The winner of the 2020 Dodd Trophy will be announced in Atlanta during the week of the Chick-fil-A Peach Bowl.

The Bobby Dodd Coach of the Year Foundation announced its watch list for the 2020 Dodd Trophy on Thursday, with Dabo Swinney being one of 13 coaches of teams playing this fall to appear on the list. #ALLIN

During the course of the season, the Dodd Coach of the Week Award will also be presented weekly to the coach whose program embodies the award’s three pillars of scholarship, leadership and integrity, while also having success on the playing field during the previous week.