Dabo blasts FSU administration for the decision to not play

“This game was not canceled because of COVID. COVID was just an excuse to cancel the game.” 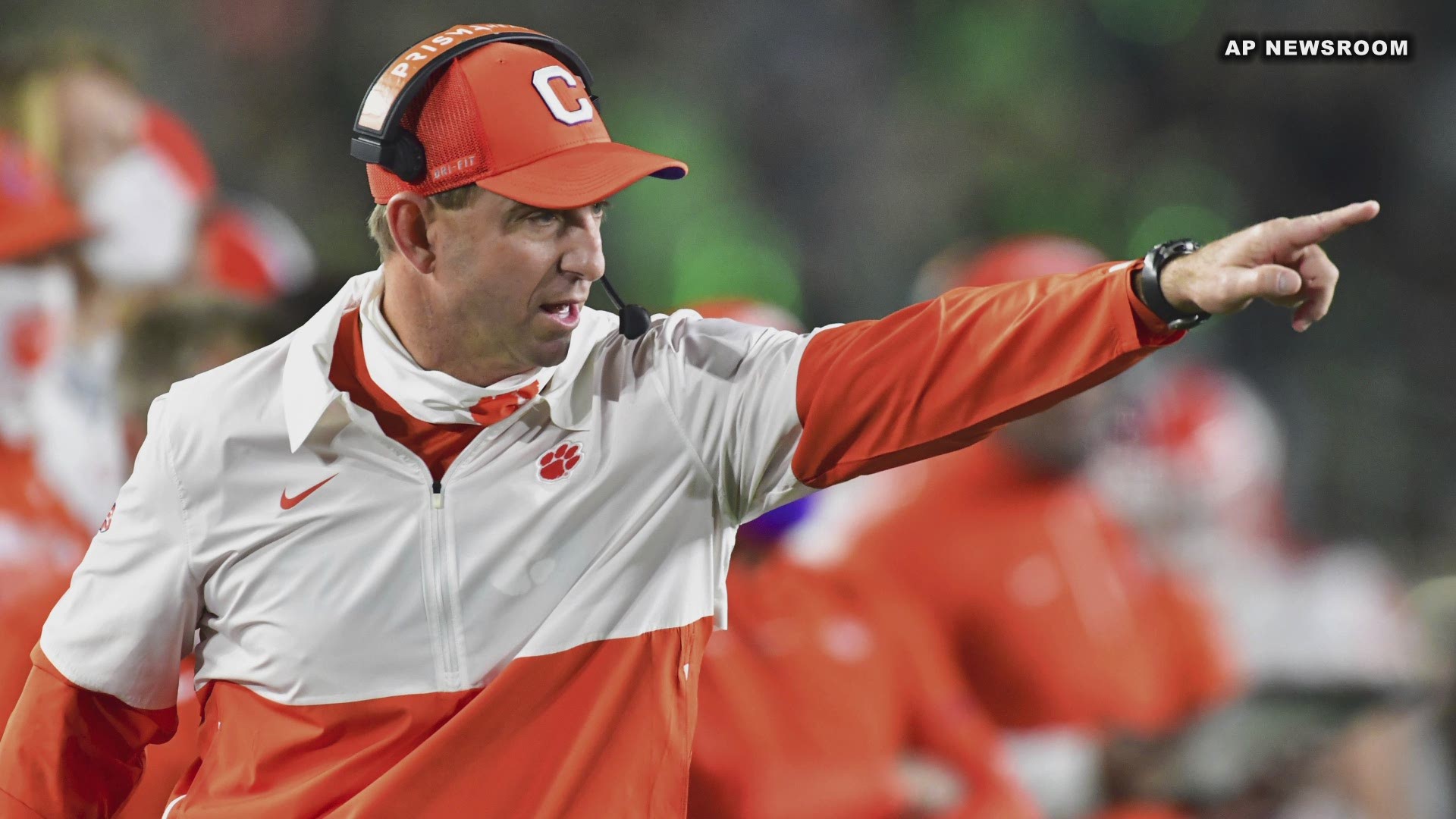 Nearly 36 hours after head coach Dabo Swinney learned his team would not be on the field against Florida State and the coach was still livid at the decision.

After a backup Clemson offensive lineman tested positive for COVID-19, he was isolated and sent home and according to Swinney, all the ACC protocols were in place for the game to be played as scheduled.

In his Sunday teleconference, Dabo reminded everyone that a similar situation has already happened and it didn't deter that week's opponent from making the trip to the Upstate.

“You know Trevor Lawrence practiced all week, too,” Swinney said.

“He practiced all week. The only day he did not practice was Thursday. (Boston College) did not have a problem coming down here to play. They had no problem.

“Notre Dame was not worried about any lingering effects because Trevor practiced all week.”

Florida State was. It's Swinney's belief that it was NOT the FSU coaches or players who did not want to play, but school administrators.

“We met the standard to play and we should have played,” he said.

“We have mitigated everything all year long. All year … meetings, practices, meals, housing, how we travel. If the standard of play was zero positive tests, then we would have never had a season."

Going forward, the Seminoles and Tigers could meet this season but Swinney's attitude is basically if FSU is going to opt out of playing this past Saturday's game, then the school can either play the game in Clemson or pay for Clemson's expenses to return to Tallahassee.

"This game was not cancelled because of COVID. COVID was just an excuse to cancel the game," Swinney said.

"To be honest with you, I don't think this has anything to do with their players. I have no doubt the players wanted to play and would have played. Same with their coaches. To me, the Florida State administration forfeited the game and if they want to play Clemson, in my opinion, they need to come to Clemson or they need to pay for all the expenses Other than that, there is no reason for us to play them. We were there. We were ready and we met the standards.”