A new start for Tony Elliott

When Clemson kicks it off against Wake Forest, it will mark the debut of Tony Elliott as the sole offensive coordinator. 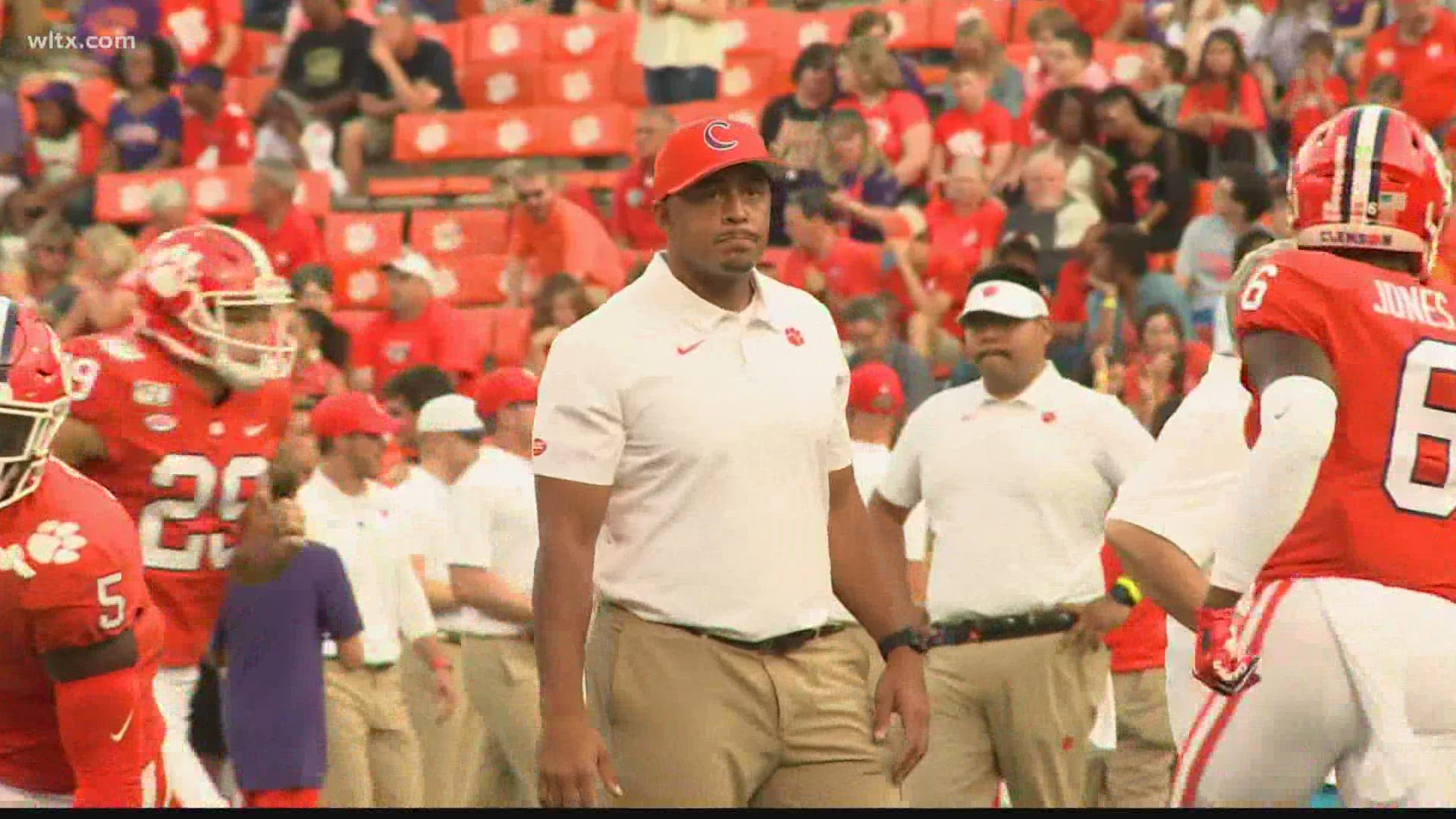 When former Clemson receiver Tony Elliott came back to coach at his alma mater, it would coincide with the greatest run in the history of Tiger football.

Elliott has been a part of the nine straight 10-win seasons at Clemson, a 111-16 record which includes a pair of national championships.

Elliott says his approach will not be much different from that of the previous five seasons. The only difference is instead of bouncing ideas off Scott in between series, Elliott will lean on passing game coordinator/quarterbacks coach Brandon Streeter and obviously the head coach.

Clemson will begin the 2020 season Saturday night in Winston-Salem against Wake Forest.