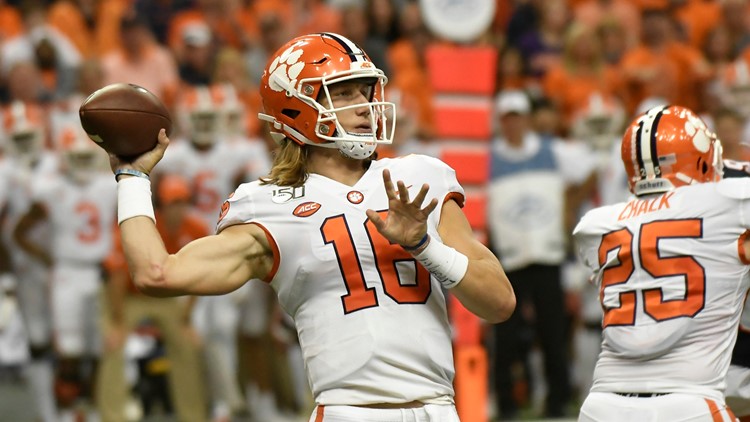 Lawrence gets NCAA permission for GoFundme page for coronavirus victims

The NCAA has granted Clemson quarterback Trevor Lawrence a waiver to continue his efforts to raise money for victims of COVID-19.

Lawrence and his girlfriend, Marissa Mowry, who plays soccer at Anderson University in the Upstate, created a GoFundMe page earlier this week to raise money for the families who have been affected by the coronavirus pandemic.

But a short time thereafter, Lawrence and Mowry were asked to take down the GoFundMe page after the Clemson compliance office learned of potential NCAA issues. There is a rule that prohibits athletes from using their name and likeness for fundraising.

On Tuesday, the NCAA announced on Twitter that the governing body will grant an exception to all student-athletes who want to perform similar efforts and raise money during the coronavirus outbreak.

The Clemson athletics department responded on Twitter thanking the NCAA for its decision to allow athletes to take a role in giving back to the community during the pandemic.

Lawrence has a 25-1 record as Clemson's starting quarterback. He has a 1-1 record in the CFB national championship.