Tiger football players were at the forefront, literally and figuratively, of Saturday's peaceful protest in the Upstate. 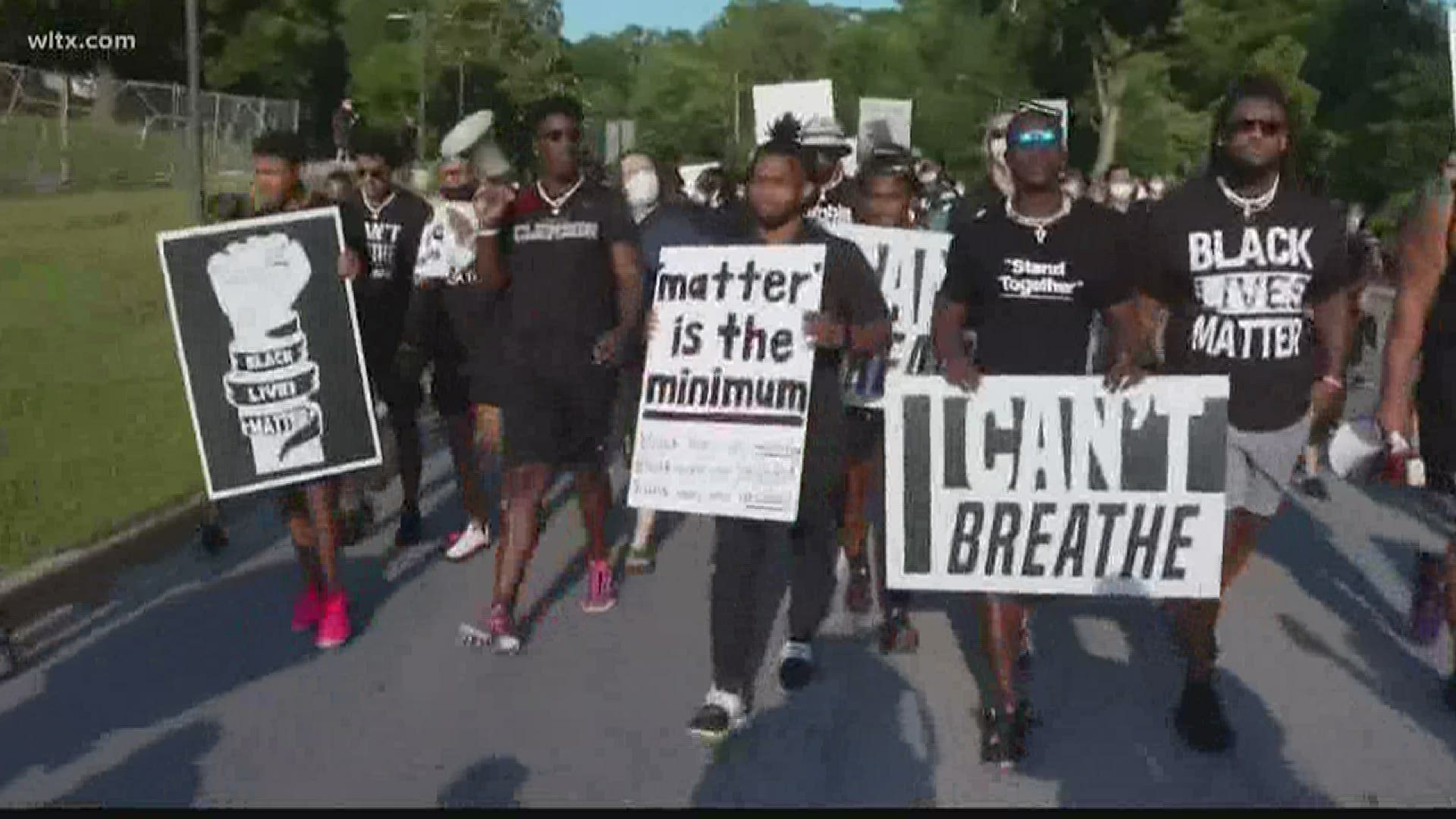 CLEMSON, S.C. (AP) - Members of the Clemson University football team led nearly 3,000 demonstrators on the school’s campus Saturday as they marched for equality and against police brutality.

The demonstration included a moment of silence for eight minutes and 46 seconds, the length of time prosecutors say George Floyd was pinned under a white Minneapolis police officer’s knee before he died. The protest was organized by quarterback Trevor Lawrence, linebacker Mike Jones Jr., wide receiver Cornell Powell and running back Darien Rencher.

The march came a day after Clemson trustees voted to rename its honors college, stripping from the program the name of former vice president and slavery proponent John C. Calhoun.