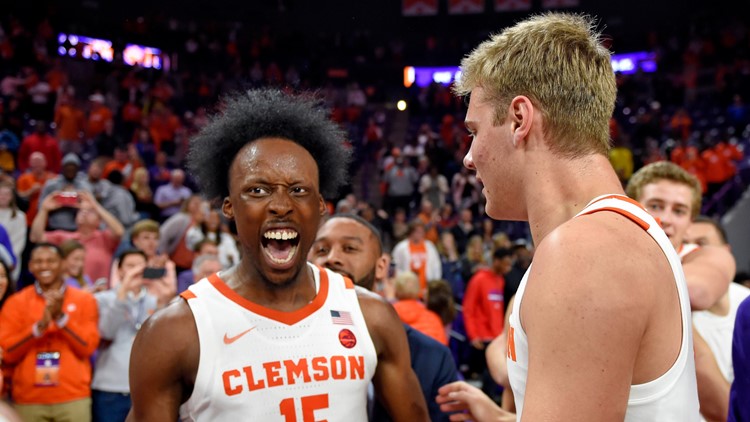 AP) - It’s been almost 19 years since Clemson was able to celebrate a win as great as this one.

Aamir Simms poured in a career-high 25 points in the Tigers’ 79-72 upset of No. 3 Duke. It was the highest-profile upset for the Tigers since beating No. 1 North Carolina on their home court in February 2001.

The Blue Devils led 62-59 with 6:40 remaining before Clemson took control with a 14-3 run, including eight points from Simms.

Tevin Mack scored 22 points on 10-of-14 shooting for the Tigers, who were coming off a win at North Carolina, the first win ever in Chapel Hill.

Vernon Carey Jr. scored 20 points as the Blue Devils dropped to 15-2 with their first loss since a stunning home defeat to Stephen F. Austin in November.

According to longtime Sports Information Director Tim Bourret, there were several "first time since" accomplishments with the Duke win

1) First time Clemson has beaten Duke & North Carolina on hardwood at any point in same season since 1995-96.

After tying Cliff Ellis for most wins all-time with Saturday victory over UNC, head coach Brad Brownell became the Tigers' all-time winningest coach with the win over Duke. Brownell ties and breaks the record by beating Roy Williams and Coach K. Brownell now has 178 career wins in orange.