The head coach of the Clemson men's golf team will head into retirement at the end of this season. 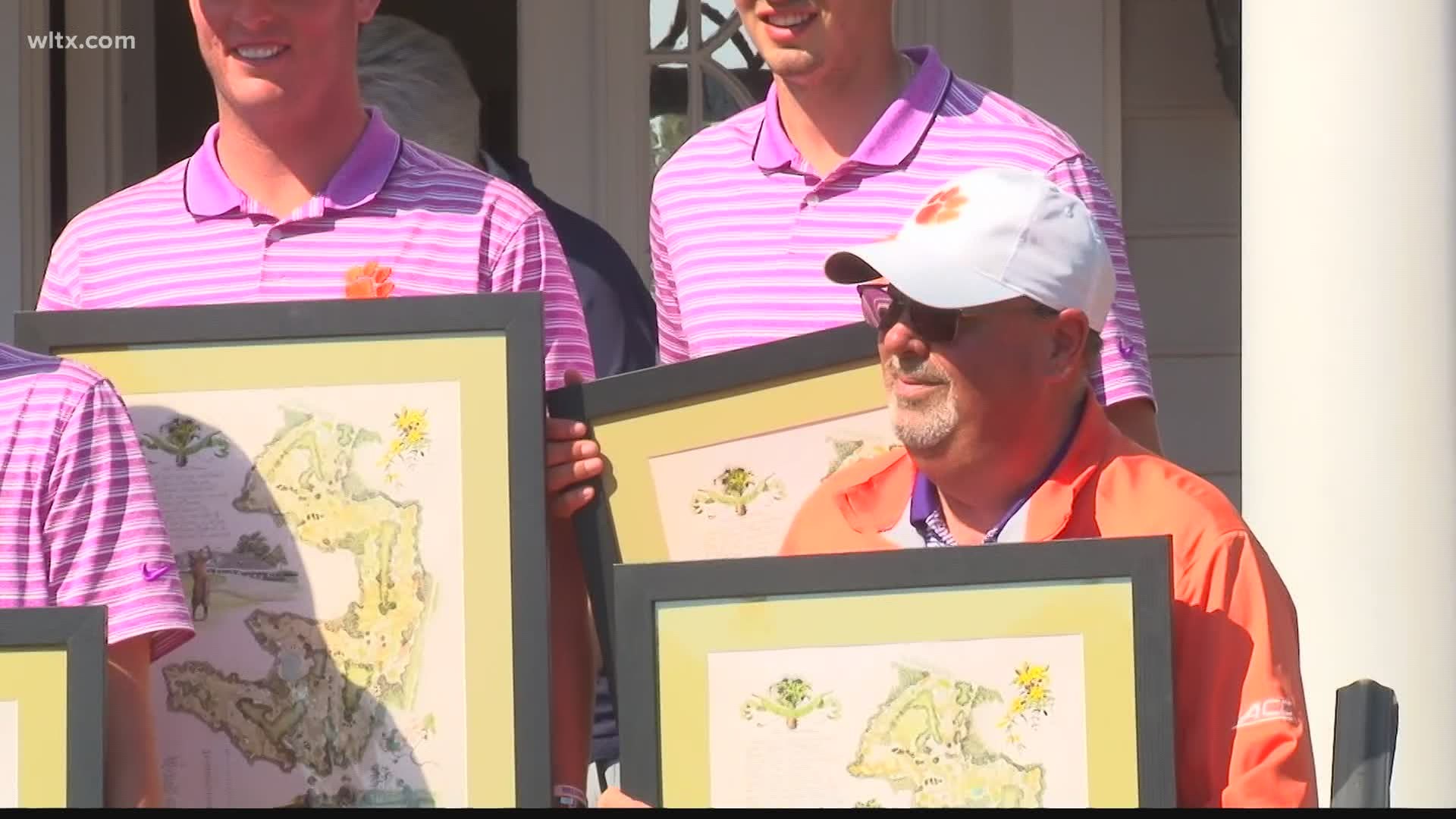 CLEMSON, S.C. — Larry Penley knew 2021 was the time that he should call it a career.

After 38 seasons at the helm of the Tiger program, Penley will head off into retirement when the season ends.

Clemson is the top seed for the Kingston regional which is just outside of Knoxville. The Tigers are ranked as high as third in the country and they are coming off an ACC Championship. That victory in Atlanta was Penley's 83rd career win as he continues to add to his ACC record-breaking win total.

Penley is a former First Team All-ACC golfer at Clemson who started his career as a Tiger assistant under Bobby Robinson before taking over the program before the 1983-1984 season when Robinson embarked on an administrative career. Robinson would eventually be named Clemson's athletic director while Penley continued to build the Tiger golf program, eventually winning the 2003 national championship.

Penley said he wanted to ride off into the sunset with this year's team and it is a team that is capable of giving Penley a second national championship.