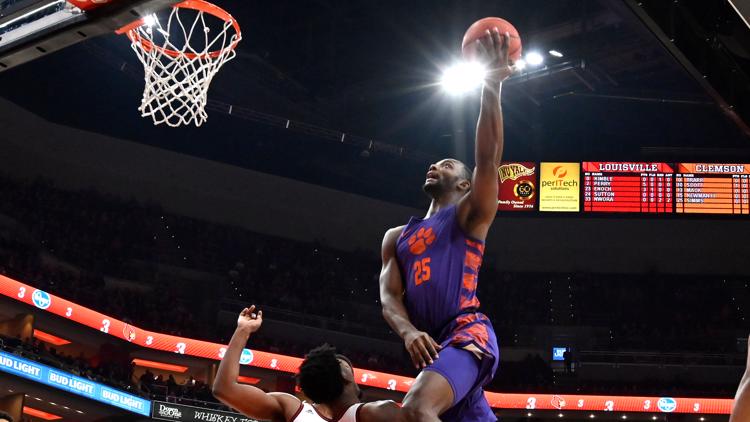 Louisville proves to be strong for Clemson

The Cardinals pulled away with a 20-0 first-half run and shot 66% before halftime. Louisville hit 10 of 21 from long range for the game, including Perry's two 3s before the big spurt ended in a 31-9 lead. That advantage held easily even as Louisville shot 28% in the second half.

Clemson is now 10-9 overall and 4-5 in the ACC. Louisville improves to 17-3 overall and 8-1 in the ACC. The Tigers will host Syracuse at 7 p.m., from Littlejohn Coliseum in Clemson.