Dabo says his 2020 class has a chance to be special

Clemson head football coach Dabo Swinney had an uneventful National Signing Day on Wednesday because those who signed letters of intent did so in December. 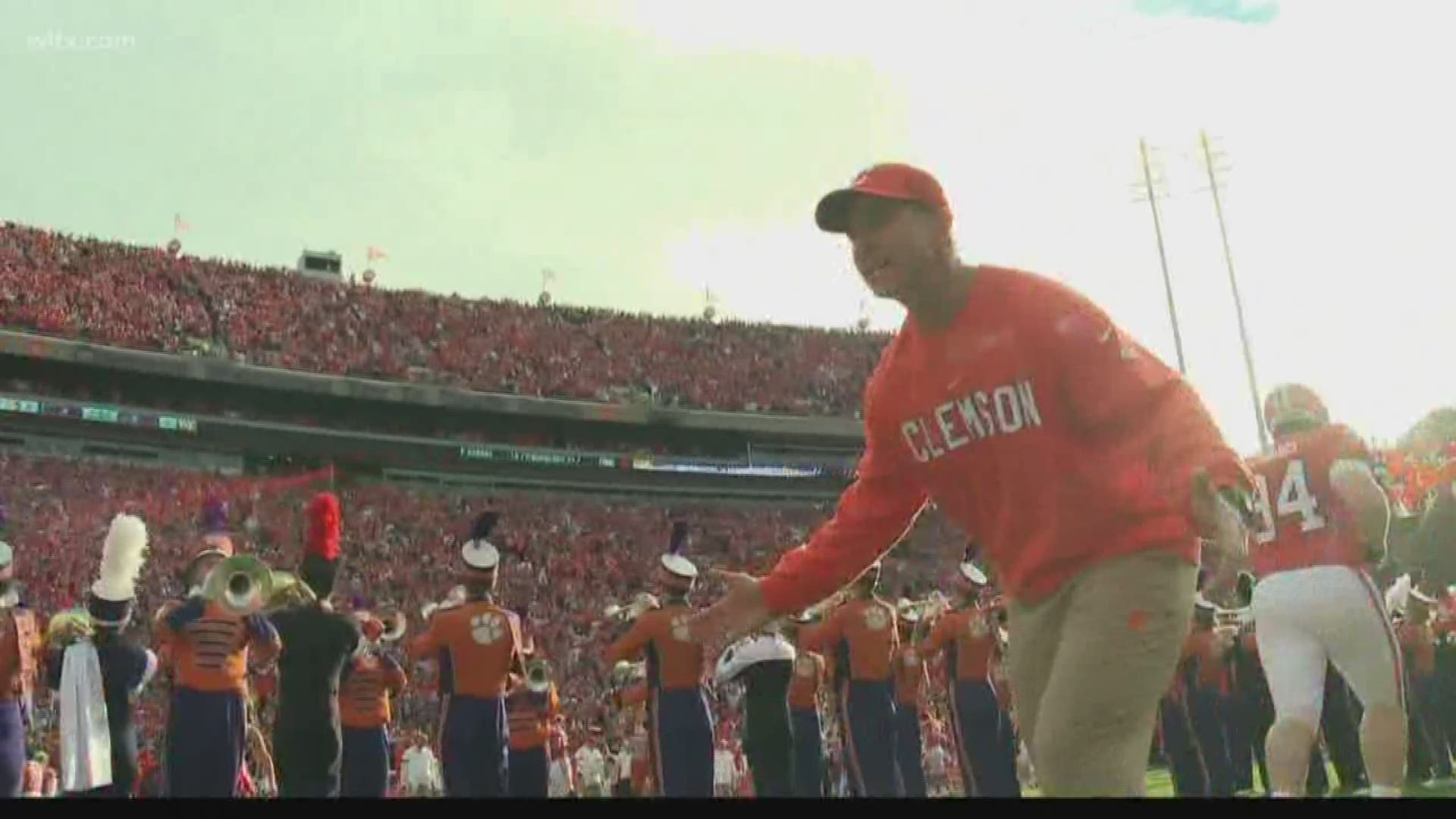 Other than adding a few walk-ons, National Signing Day was uneventful for Clemson as their signees came on board during December's early signing period.

Swinney says 15 of his 23-player recruiting class enrolled in January which will allow them to take part in winter workouts and spring practice.

As far as where this year's class ranks nationally, only ESPN has the Tigers' class ranked first nationally. Rivals has Clemson ranked second, while 247 Sports puts the 2020 class third nationally. Swinney though, says the true ranking won't be known until this class leaves campus.

"We’ll end up adding three or four walk-on guys between now and summer. It’s just a really good group, but as I always say, only time will tell. Everybody wants to put rankings on these guys coming out of high school, but as we all know this is a developmental game,”  Swinney said Wednesday.

"You know Garoppolo who I just saw in the Super Bowl, he was a 2-star recruit. Where'd he go? Eastern .. somewhere, Illinois? Or somewhere like that. It's a very subjective process influenced by many, many factors. We just try to stay focused on the thing we look for and sometimes it matches up with what everybody else thinks. Sometimes it doesn't. But at the end of the day, I think this is a really good class that over time, will prove to be a special group."