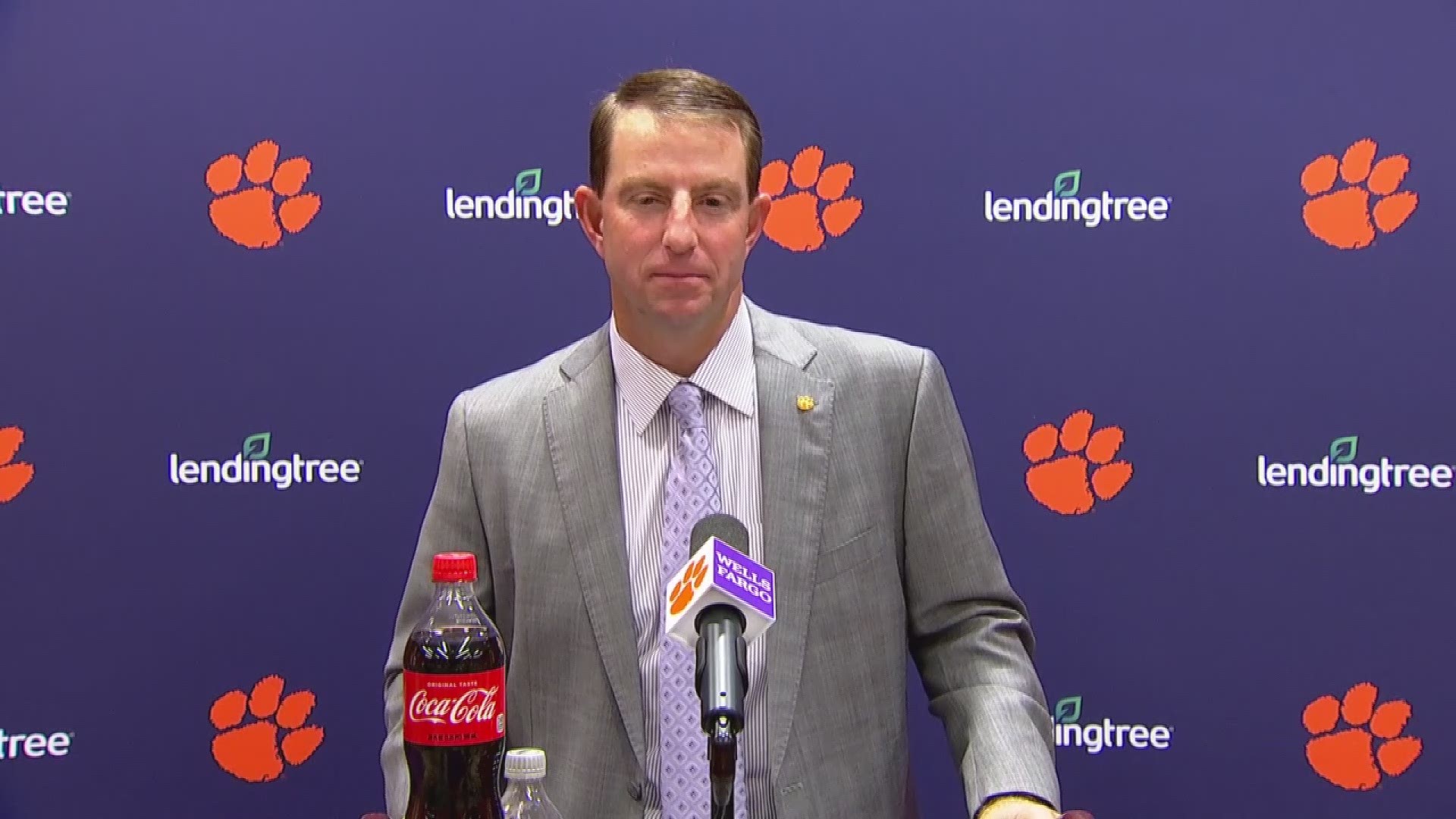 CLEMSON, S.C. (AP) - Trevor Lawrence threw for 329 yards and three touchdowns as No. 1 Clemson started 3-0 for the sixth straight season with a 41-23 victory over Virginia on Saturday night.

Amari Rodgers had two touchdown receptions, and Travis Etienne caught a scoring pass and ran for a touchdown. Etienne finished with 115 yards on the ground, his 19th game with 100 or more.

Clemson opened things up late in the first half as Lawrence found Rodgers for two touchdowns to make it 24-3. Virginia closed to 27-17, but Etienne followed with his second score to regain control.