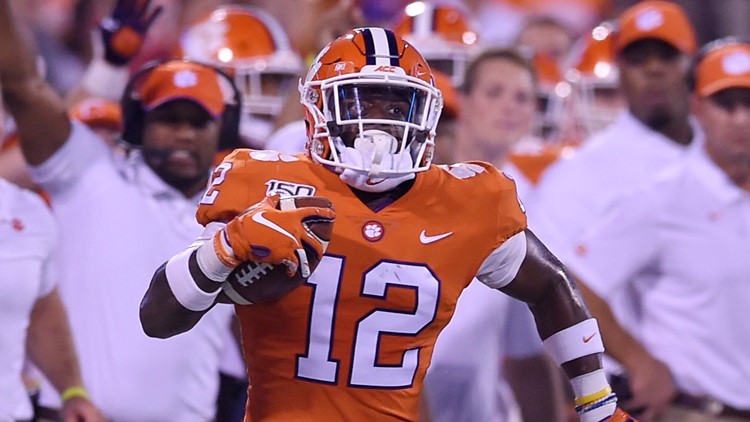 Photo by: AP
Clemson's K'Von Wallace races down the sideline for a touchdown after he made an interception during the first half of an NCAA college football game against Charlotte Saturday, Sept. 21, 2019, in Clemson, S.C. (AP Photo/Richard Shiro)

K'Von Wallace has his ticket to the Senior Bowl

Clemson safety K'Von Wallace will be playing in the Reese's Senior Bowl coming up in January at Ladd-Peebles Stadium in Mobile, Alabama.

The native of Richmond, Virginia has earned several weekly awards from the ACC this season. He is tied for fourth on the team in tackles with 46. Wallace is second on the team with two interceptions, one of which he took back 66 yards for a touchdown in the win over Charlotte.

The Senior Bowl will be played Jan. 25, 2020 and is the only All-Star game for players who have used all of their eligibility.