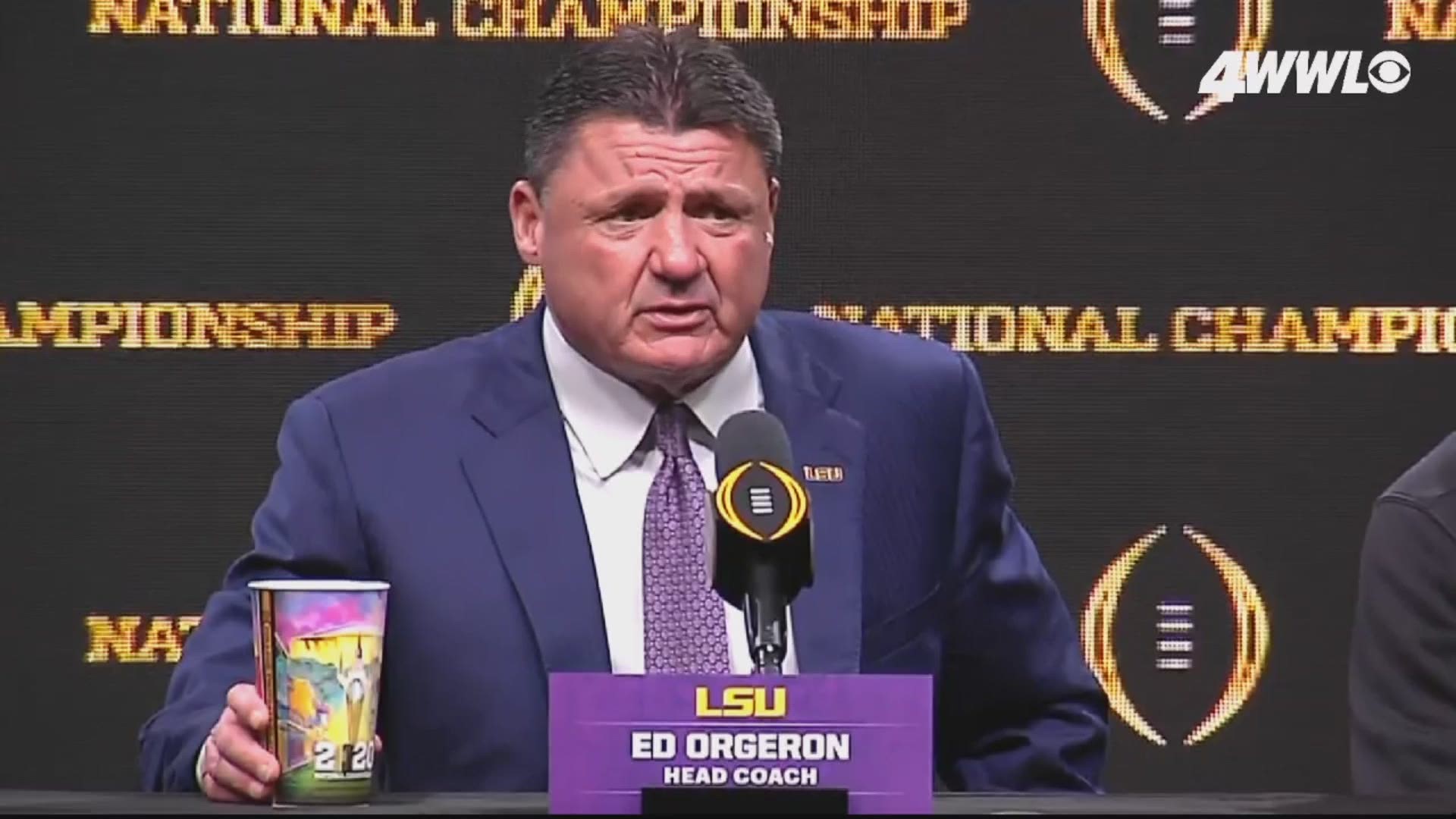 NEW ORLEANS — On Monday morning, hours before quarterback Joe Burrow and the LSU Tigers captured their school's first football national title since 2007, Louisiana fans were already buzzing from a hype video narrated by none other than Dwyane 'The Rock' Johnson.

In the movie-quality clip, Johnson tells the story of an epic rise from the bottom that parallels the story of Burrow, coach Ed Orgeron and the Tigers' journey from doubted to undefeated.

Their historic season was capped off with a National Championship victory against Clemson 42-25 in the Mercedes-Benz Superdome.

Fans had a lot to say about the video but to sum it up: It's epic.

MORE: Is this LSU team the greatest college football team of all time?

MORE: Could this LSU team be the best ever? 'I think so,' says Coach Orgeron

The former wrestling star's support didn't stop there. After the LSU's win, Orgeron said Johnson sent him a voice message congratulating his former coach on the perfect finish to a perfect season.

Earlier in both their careers, before one was a movie star and the other was a national champion head coach, Orgeron was Johnson's defensive line coach at the University of Miami in the early 1990s, when the Hurricanes were a national powerhouse.

"Dwayne was a great young man, mild-mannered young man. Outstanding. He was Recruited by Bob Karmelowicz, Bob and I couched him and he went on to have a lot of success," Orgeron said.

Orgeron said Johnson agreed to make the video as soon as he heard the team had called to ask.

"As soon as he requested it, The Rock called back and said, 'yes, I’ll do it,' and said he would come talk to the team if time allows it," Orgeron said.

The respect appears to be mutual.

"He taught me a lot - lessons that I’d finally understand years later as a man," Rock said of Orgeron when he tweeted out the video.

Report: Officer threatened to arrest LSU players for smoking cigars in the lockerroom