Head coach Jeremy Pruitt said a scrimmage was canceled after players tested positive for COVID-19, went into quarantine or were injured. 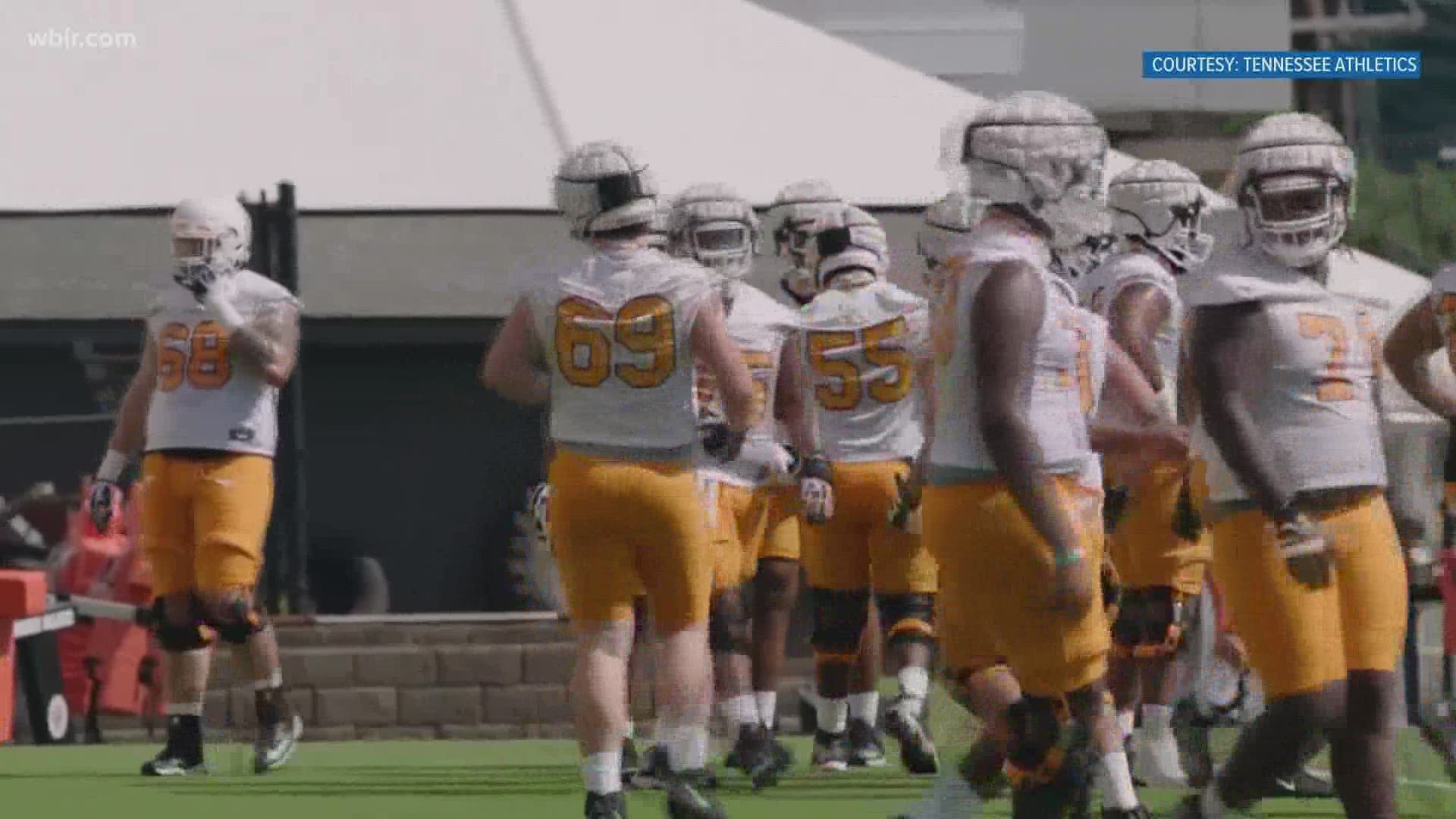 Pruitt said some players tested positive for COVID-19, and others were quarantined because of possible exposure to the virus. He said there were around "7 or 8"  active COVID-19 cases on the team.

The Vols also canceled practice on Aug. 28, after Pruitt said there were "a few" cases of COVID-19 among the team. He also said the team wanted to take the time to trace where the cases originated.

Handling COVID-19 cases takes a lot of communication and he said he wanted to make sure people are not being exposed within the Vols' building.

Pruitt also said that he's excited about the team's offense, but is disappointed with the defensive performances he's seen, pointing out a lack of physicality upfront.

Tennessee head coach Jeremy Pruitt says they initially meant to scrimmage today, but had 44 players out of practice today #Vols