Dabo pleased with the play of the defense after first scrimmage, not happy about the penalties on offense

The Tigers held their first scrimmage of the preseason on Saturday. 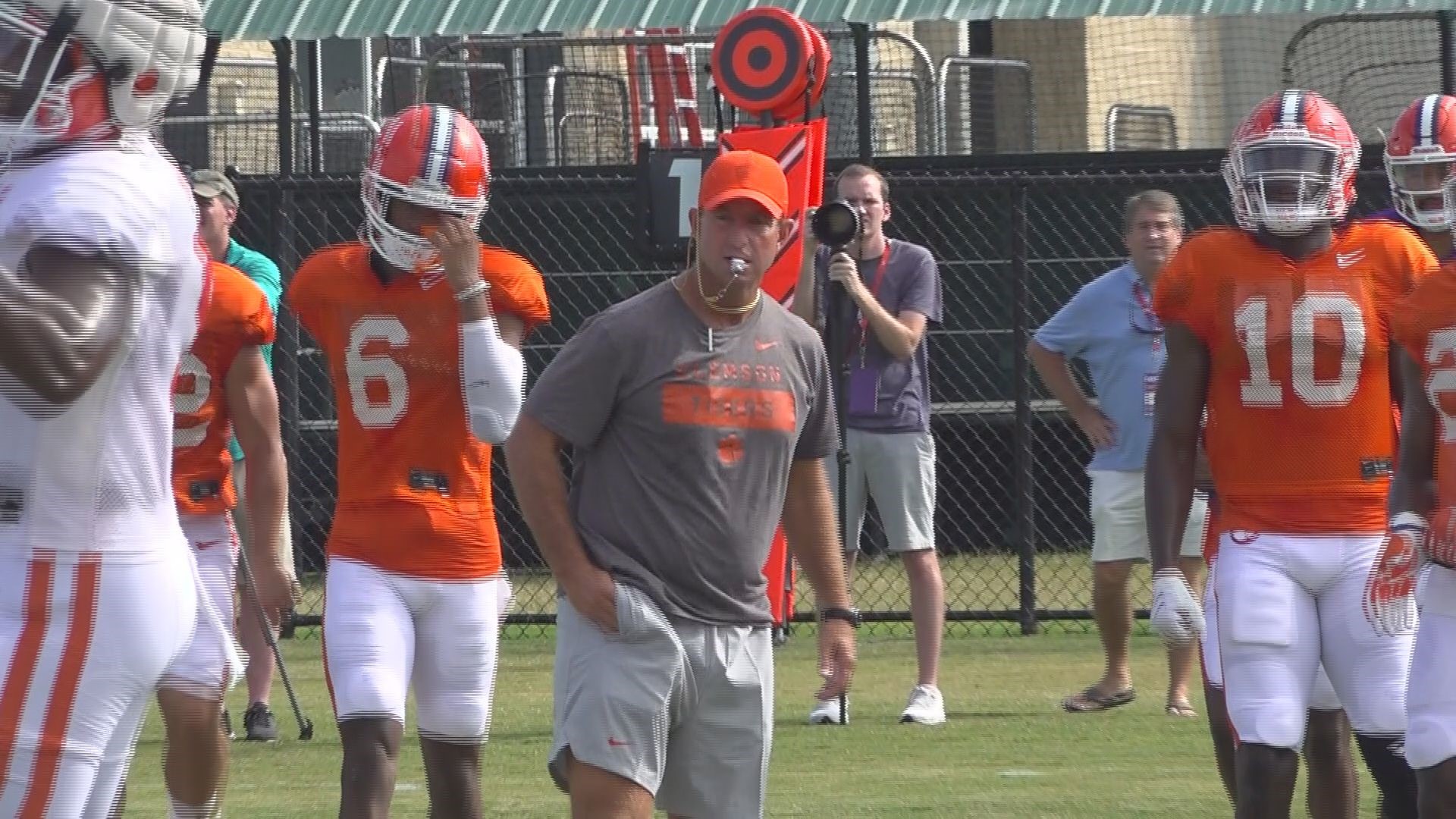 CLEMSON, S.C. — In just over two weeks, the Clemson Tigers will take on Georgia at Bank of America Stadium. Before they do that, Dabo Swinney is hoping they will fix a few things on the offensive side of the ball.

The Tigers held their first scrimmage of the preseason on Saturday. Afterwards, Swinney said that he was pleased with the play of his defense, saying their was no drop off from the first string to the second stringers.

"Defensively, we looked how we were supposed to look. The biggest thing was that we had no penalties, they played with a lot of discipline." Swinney said.

On the other side of the ball, although he was impressed with some things on offense, Swinney stated that there were a lot of penalties and mental errors he's hoping will be fixed by the start of the season.

"Those are the things that get you beat, it's hard enough to beat the defense but when you do things that beat yourself, that's frustrating." Swinney said.

Clemson will have one more scrimmage on Thursday.