Clemson head football coach Dabo Swinney will not have another midfield meeting at Williams-Brice Stadium with Will Muschamp. 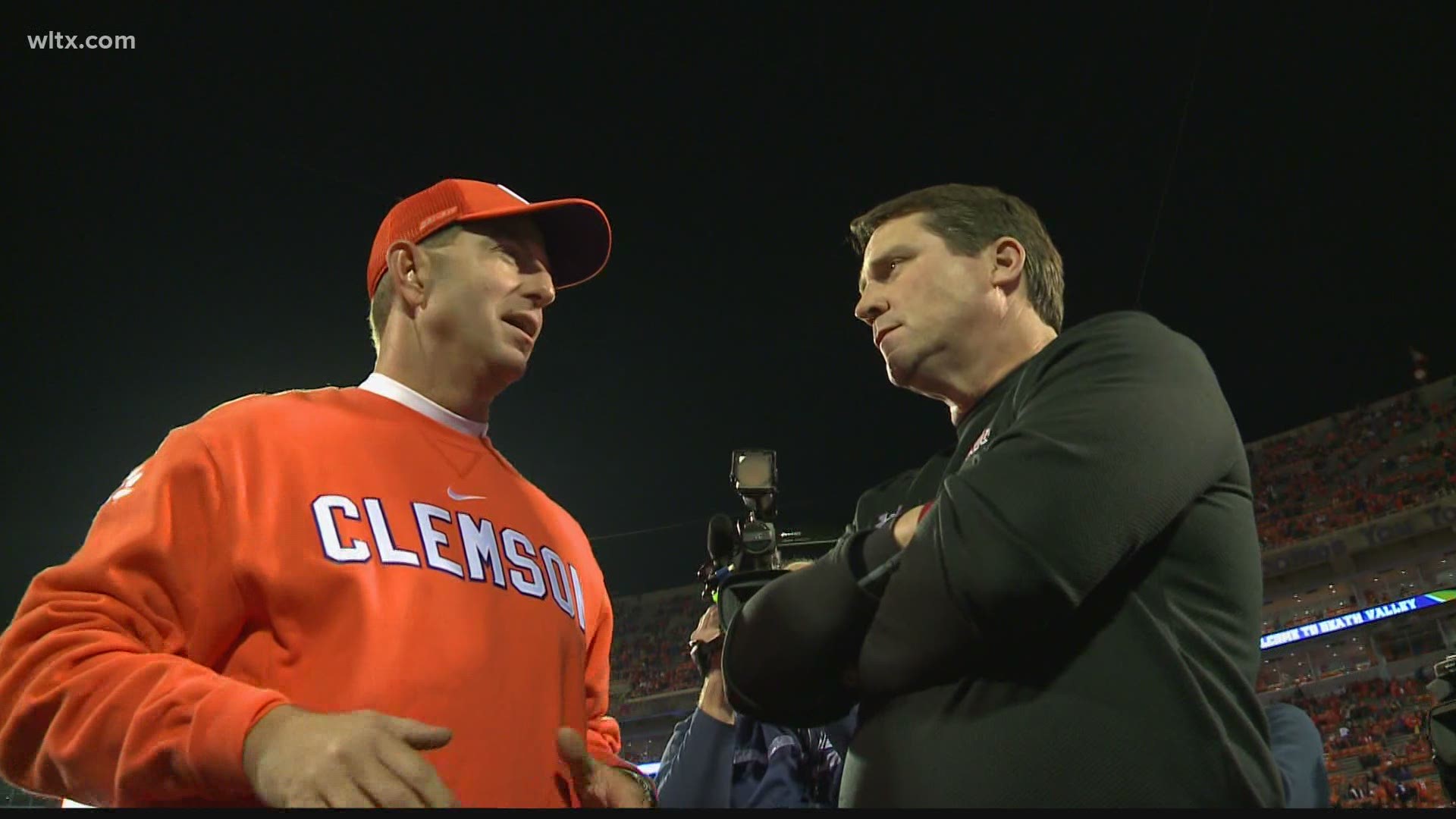 CLEMSON, S.C. — Dabo Swinney admits he and Will Muschamp weren't particularly close but there was a mutual respect.

Swinney was 4-0 against Muschamp who was fired Sunday night with three games left in the season.

"Feel for him and his family," Swinney said Tuesday, his first public comments on Muschamp's dismissal.

While Dabo has taken the Tigers to the top of college football's mountain on two separate occasions, Muschamp's best season at South Carolina was a 9-4 mark in 2017 which ended with a win in the Outback Bowl.

Swinney says he takes no pleasure in watching the head coach of the in-state rival lose his job.

"I know people say 'he's getting money' and this and that. Listen, this is his livelihood. This is his passion. He's got a wife. He's got kids and it's not just him. He's got a whole team down there that came to play for him. They're all affected by this. He's got an entire staff, kids, wives, people uprooting, moving and we all know that. We understand the profession. I certainly hate it, wish him all the best for sure."

South Carolina is in the midst of a 2-5 season. The team has lost three straight games.

Muschamp is set to receive a reported $13.2 million buyout.

South Carolina Athletics Director Ray Tanner said telling Muschamp of the decision to remove him was difficult because it was "personal." Offensive Coordinator Mike Bobo was named the Gamecocks interim head coach.

In the wake of the news, four Gamecocks, including stars Israel Mukuamu and Jaycee Horn have opted out of the final three games of the season.