Dabo delivers his opinion on the NIL rule 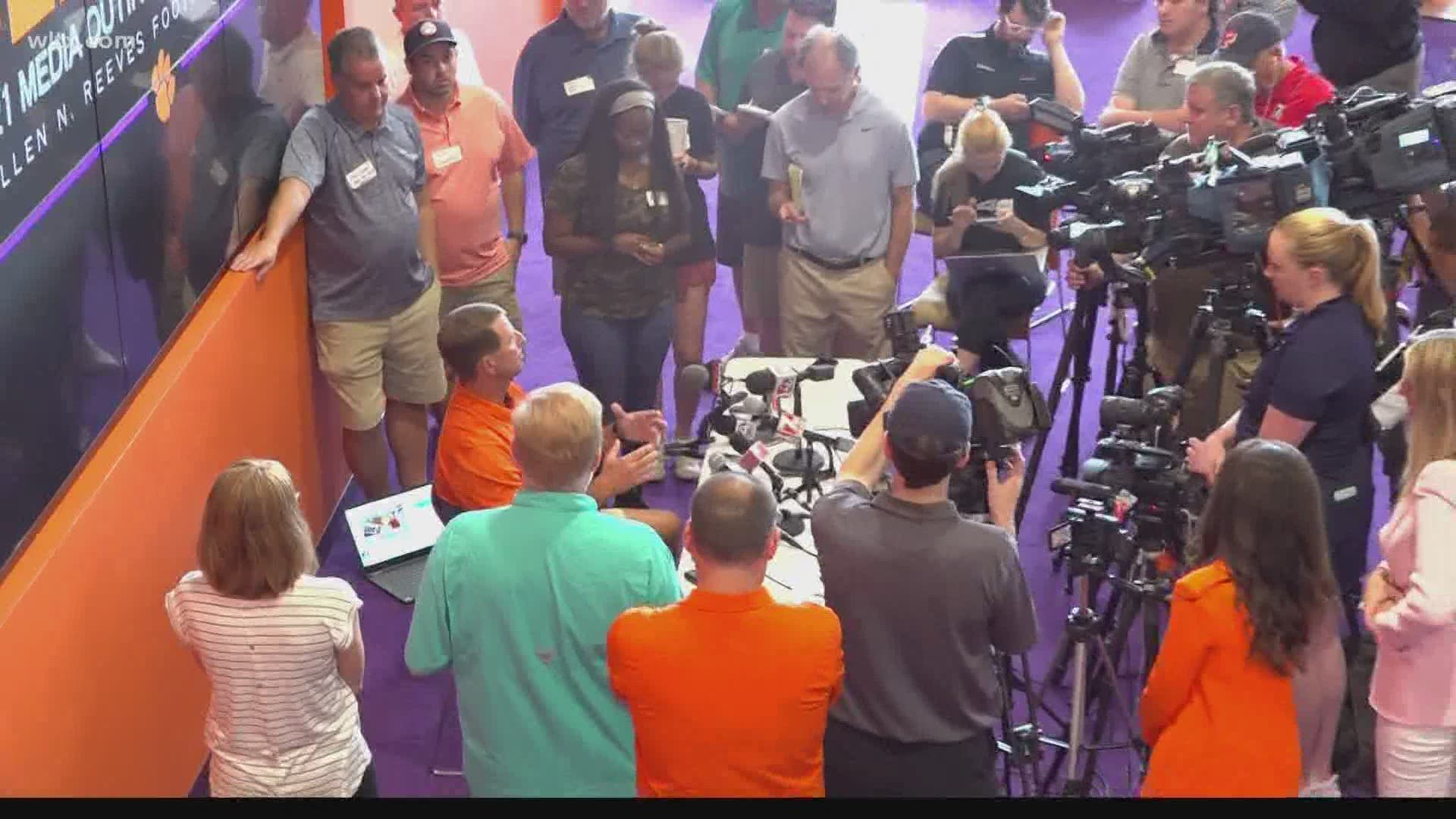 It was the first chance to get Swinney's comments on the recent Name, Image and Likeness (NIL) rule which allows athletes to be compensated.

Swinney was reminded of comments he made several years ago related to that topic and he reiterated Tuesday that he supports the new NCAA NIL rules but remains firm in his opinion that he does not want the NCAA to “professionalize college athletics.”

No doubt Swinney will be asked about this topic again Thursday at the ACC Kickoff in Charlotte and the inquisitors may very well be the same people who cirticized Swinney on social media, accusing him of not living up to his promise to leave college athletics if athletes starting getting paid.

But as Swinney said Tuesday as a direct response to those critics, "people hear what they want to hear and unfortunately, people write what they want to write that will fit the story that need. And it's just not accurate."

Swinney has long said that as long as the college model stays intact, he is in favor of athletes being compensated and he went further, saying he wishes the new NIL rules had been tied to education and earning a degree.