Shane Beamer and Dabo Swinney were together for the first time since Beamer took the Gamecock gig. They talked about how intense competitors can also be friends. 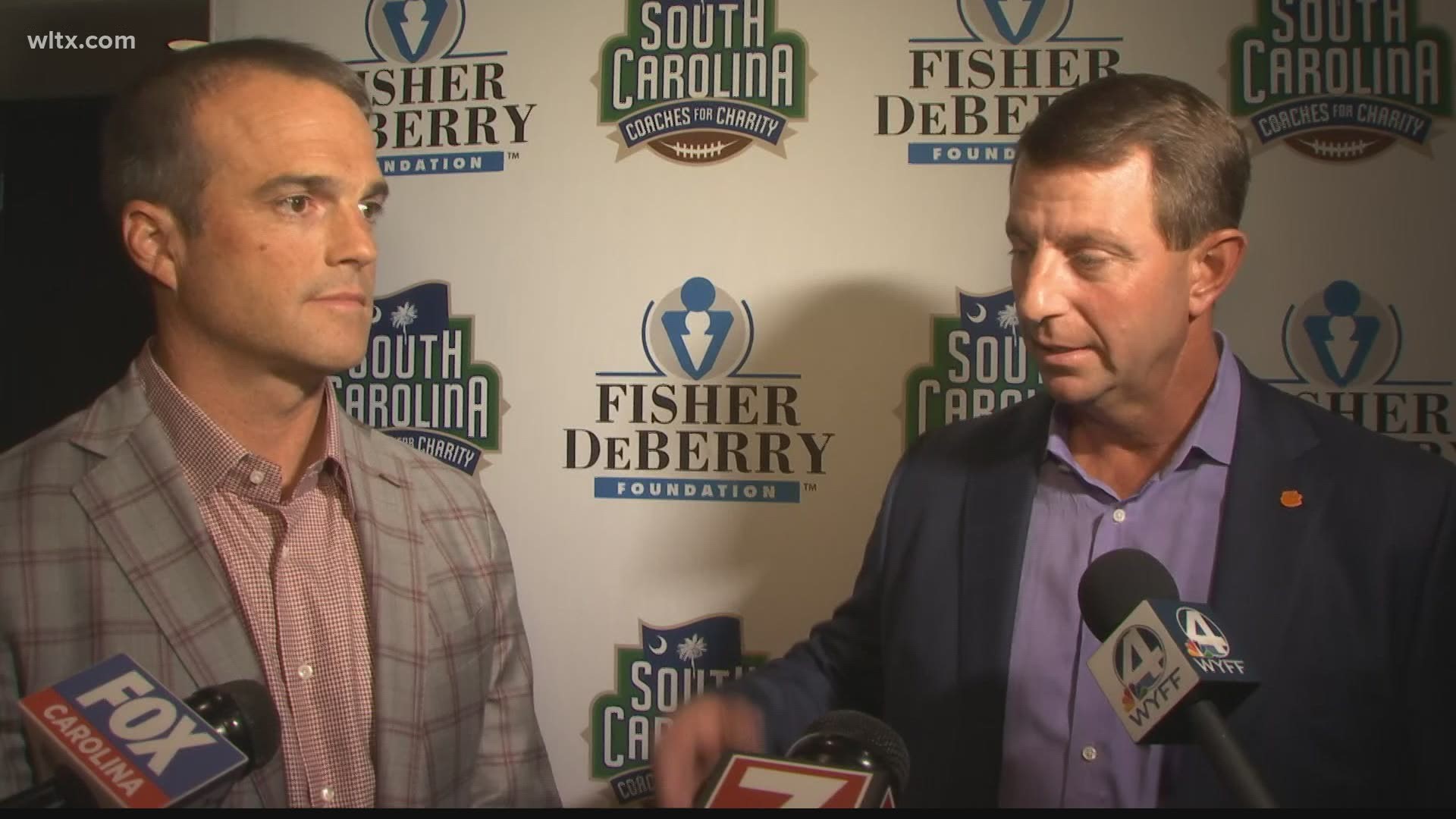 GREENVILLE, S.C. — The intensity of the South Carolina-Clemson rivalry is unquestioned as is the the competitiveness of the two head coaches. But Dabo Swinney and Shane Beamer are longtime friends who were together Tuesday night for the first time since Beamer took over the USC program last fall.

Swinney and Beamer talked at length about how the rivalry can be intense but respectful with both men openly rooting for the other - except on that Saturday after Thanksgiving.