Dustin Johnson recognized with Order of the Palmetto

The Dutch Fork grad was given the honor at the Palmetto Championship at Congaree on Thursday. 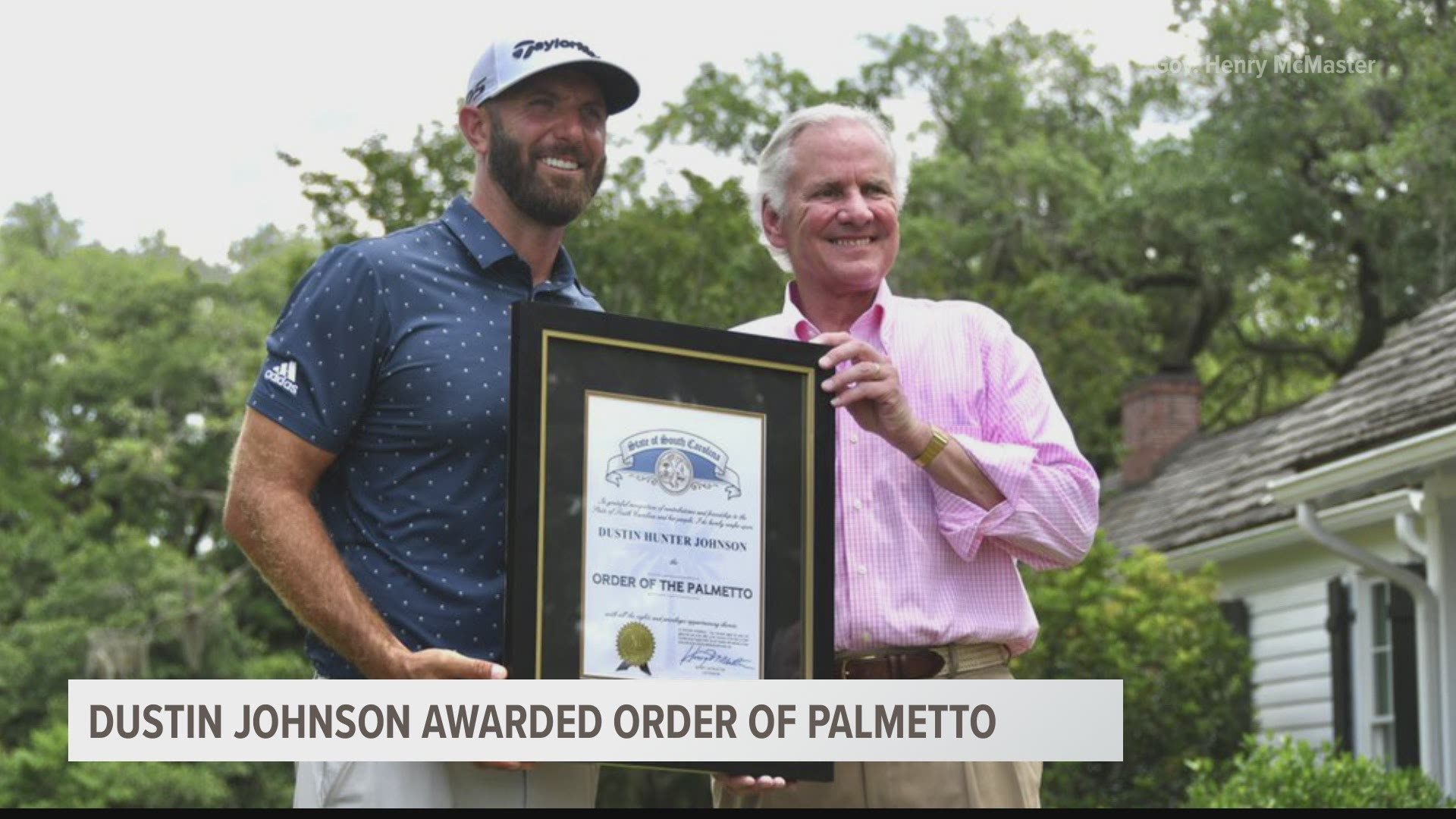 "Dustin Johnson is making a real impact both on and off the course, and we’re proud to have him represent South Carolina on the world stage,” said Governor McMaster. “His achievements on the course are well known - a World No. 1 ranking and some of the game’s most prestigious championships. But it’s his commitment to giving back to young people in his home state that sets him apart. Through the Dustin Johnson Foundation, he’s removing barriers to the game and providing opportunities for young people that they wouldn’t otherwise have. We are proud to honor him with the Order of the Palmetto for all that he has accomplished, and all that he will continue to accomplish, in golf and beyond.”

.@DJohnsonPGA has been an outstanding ambassador for our state and has done tremendous work to grow the game of golf for youth all across South Carolina. Today I was honored to award him the Order of the Palmetto, our states highest civilian award. pic.twitter.com/uwmdAShXbz

Johnson is a 24-time PGA TOUR winner, the defending FedEx Cup champion as the PGA TOUR’s season-long winner, and the first South Carolinian to win the Masters.

He was born in Columbia and grew up in Irmo. He graduated from Dutch Fork before attending Coastal Carolina University.

Johnson is also the Founder of the Dustin Johnson Foundation, which offers opportunities for youth in the Myrtle Beach area to participate in the game of golf through lessons and scholarships.

The Palmetto Championship at Congaree teed off on Thursday and wraps up on Sunday, June 13. Johnson is currently tied for the lead with a score of -6.