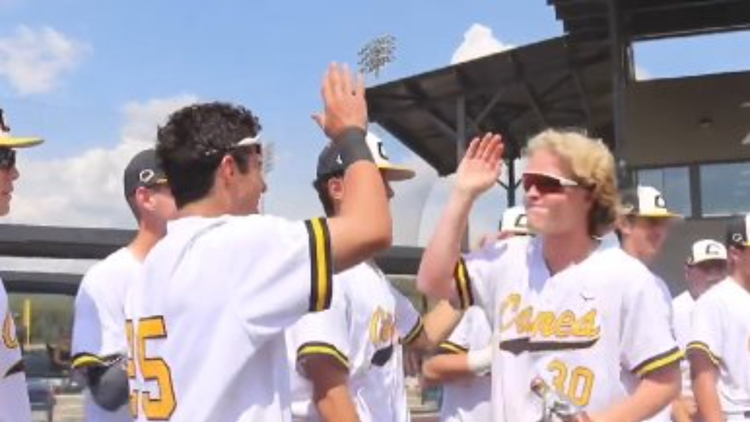 Photo by: Canes Baseball
Tyler Olenchuk celebrates with Canes teammates after winning Most Valuable Pitcher in the U17 WWBA National Tournament

COLUMBIA, S.C. — The past 12 months have been a true banner year for Tyler Olenchuk. On Friday the Dutch Fork Silver Fox was a key player for the Canes Baseball national championship team.

The Canes are a developmental program for high school baseball players and they just won the WWBA National U17 title. The Canes program has five Clemson commits on their roster including Olenchuk , Ricky Williams and Alex Urban of River Bluff and two South Carolina commits as well.

Williams tossed a scoreless inning the title game and  Olenchuck was named Most Valuable Pitcher. In 11 innings he posted two wins, a save and 16 strikeouts for the national champion Canes who went a perfect 12-0 to win the natty in Emerson, Georgia.