Travis Etienne stays strong in the wake of the LSU loss 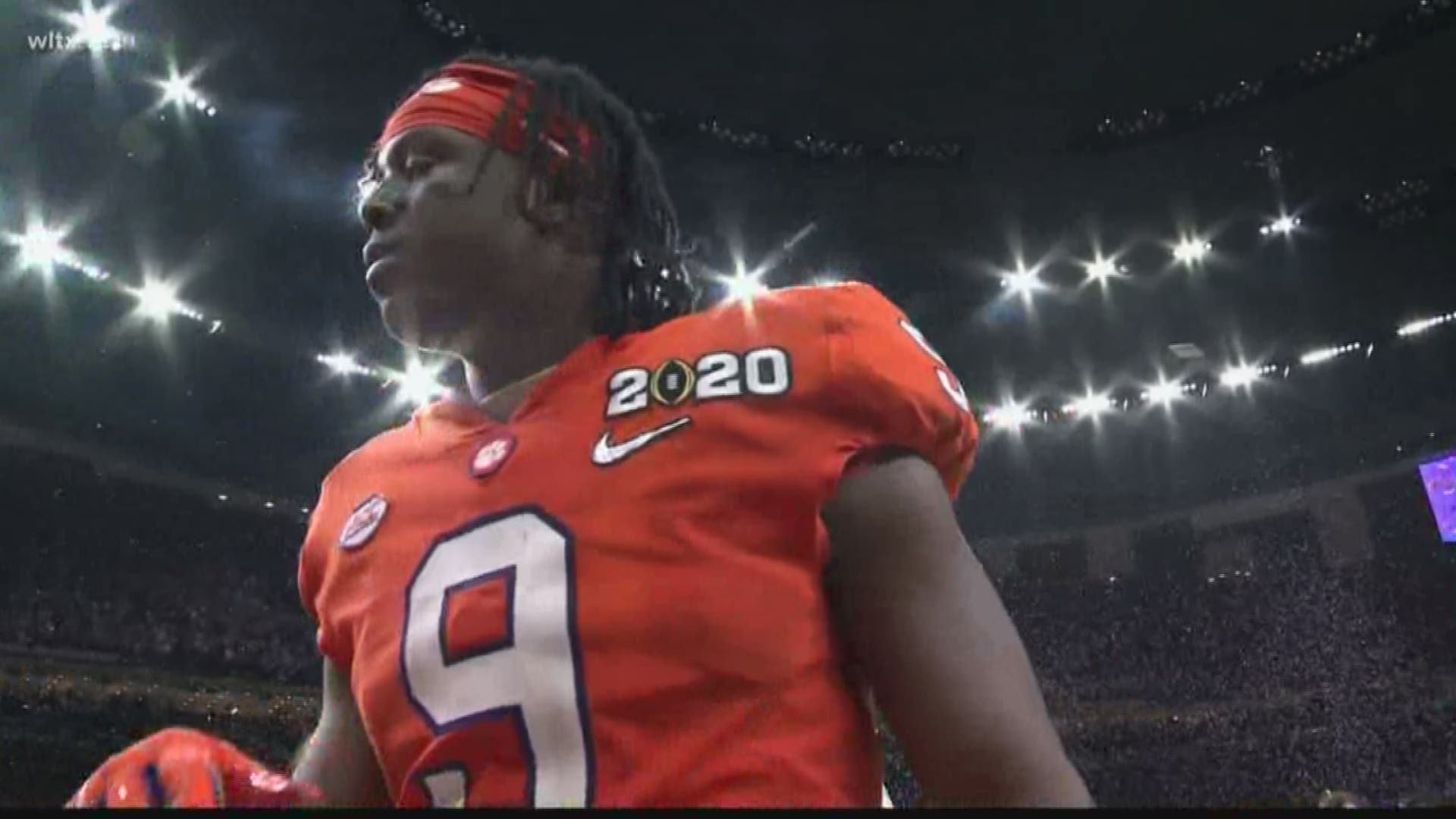 NEW ORLEANS — Travis Etienne did not get the storybook ending to the 2019 season that he hoped for even though the Clemson running did find the end zone at the Mercedez-Benz Superdome.

The native of Jennings, Louisiana has two national titles during his career at Clemson, but a third would have give him the ultimate celebration in Cajun Country.

Instead, a group of Tigers from the Bayou ended Clemson's long winning streak with a 42-25 victory. After the game, Etienne was quite philosophical about the loss which was extremely disappointing but a far cry from what could be described as a crushing defeat.

"The culture that Coach Swinney has built around here, we're football players, we just happen to play football, (happen to be) good at football. That's not who we are at the end of the day,"  Etienne said after the game.

Etienne has a decision to make in the coming weeks. He has the option of turning pro or he could return for his senior season and help the Tigers make another run to the playoff. Etienne would also be a contender for his own personal three-peat. For the last two seasons, he has earned awards for being the overall ACC Player of the Year and the league's Offensive Player of the Year.