Everyone Pitches In For Thursday Afternoon Football At Newberry College

Newberry College's Thursday afternoon football game went off without a hitch, but not without the help of some personnel who came off the bench to assist. 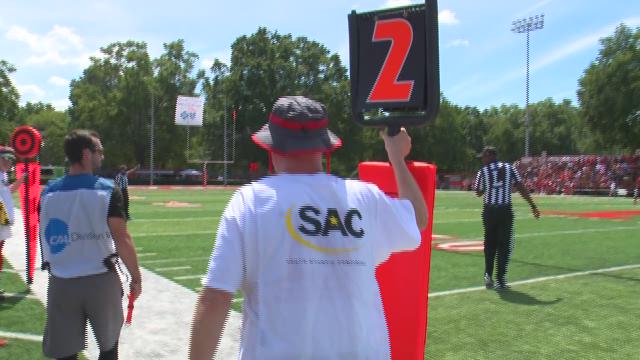 When Newberry College announced that its game with Virginia University of Lynchburg would take place Thursday afternoon at 1:00 p.m., that meant there was a search for people to work the game in various capacities.

A couple of the chain crew could not work Thursday's game because they had their full-time jobs that required their attention. Students could not be used because they were in class. So, Newberry College president Dr. Maurice Scherrens volunteered his time Thursday to be a part of the chain crew. Joining Dr. Scherrens on the visitors sideline was head men's basketball coach Dave Davis.

The game was moved to Thursday afternoon because of the impending threat of Hurricane Florence.