Feaster is still family with the guys in orange 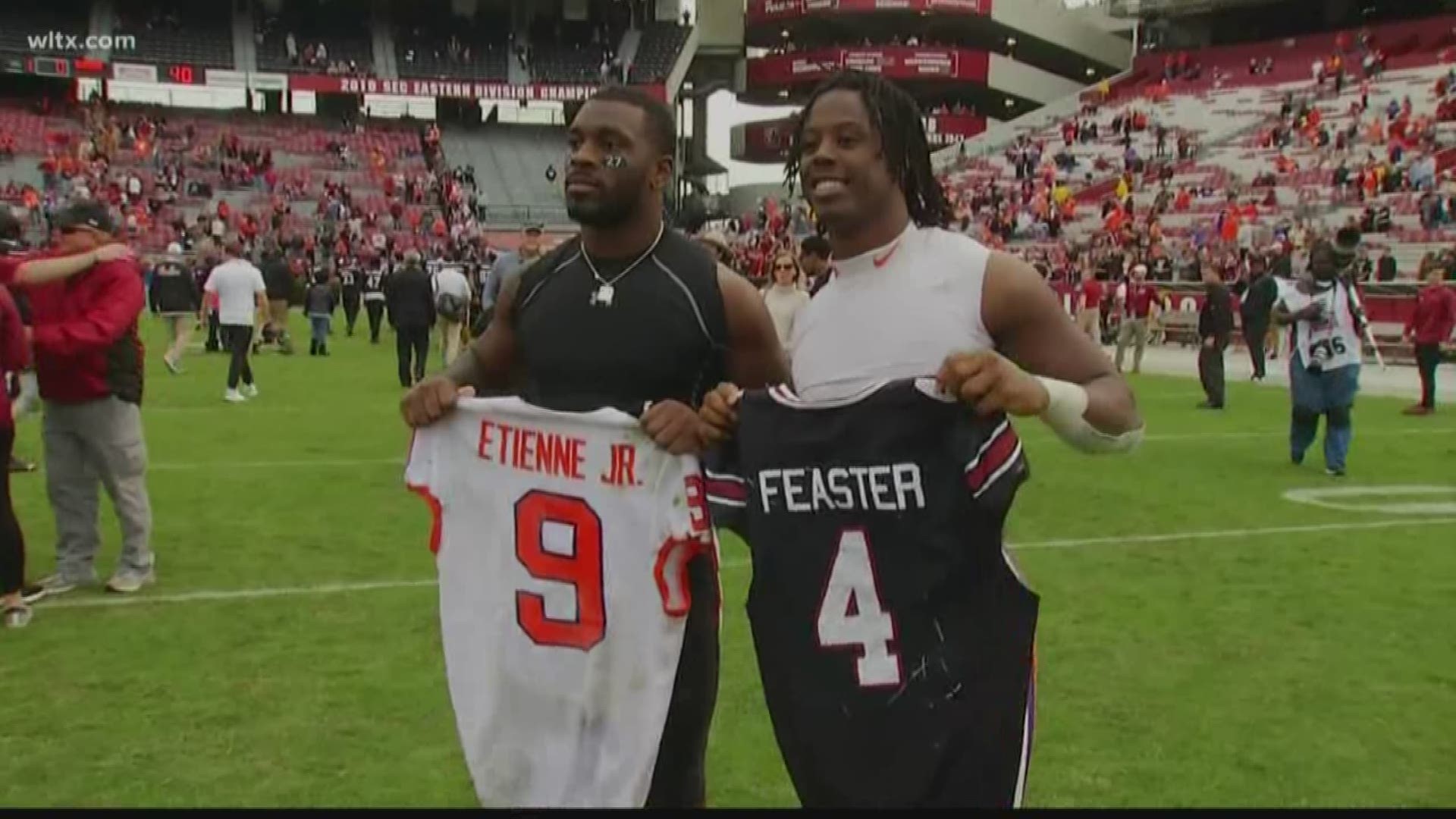 But the former Clemson running back was in a different role Saturday as he was looking for running room against guys who he faced in practice and won a lot of games with in three years in the Upstate.

Feaster had 12 carries for 47 yards in the 38-3 loss to the Tigers. During the game, his former teammates had some trash talk for Tavien during various points of the game. Afterwards though, it was nothing but love and respect towards the player who was wearing the #4 black jersey.

"But at the end of the day, we still always going to be family. Nothing's ever going to change that, no matter what school you go to."

On the day he became the ACC's all-time touchdown leader, Clemson running back Travis Etienne and Feaster did the jersey swap photo-op after the game, a sure sign that Feaster will always be a part of the Tiger family even after his one-year stint with the arch-rival.

As far as history goes, Feaster is the third player in the history of the rivalry to play for both programs in this series which first started back in 1896 and is now at 117 all-time meeting between the garnet and orange.