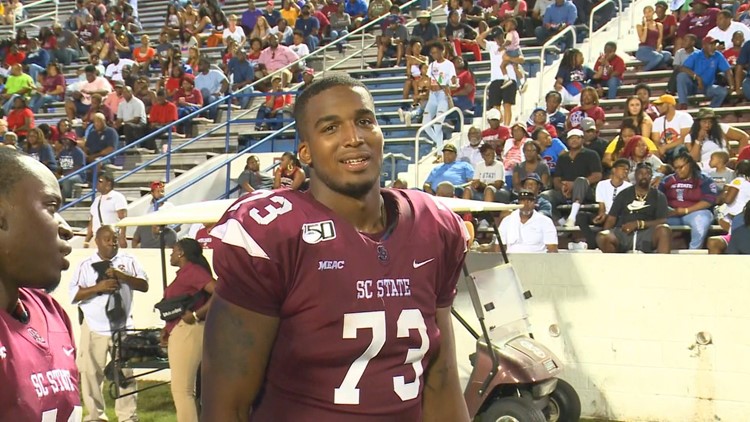 S.C. State offensive tackle will play in the Senior Bowl

Redshirt senior offensive lineman Alex Taylor has accepted an invitation to the annual Reese's Senior Bowl which will be held Jan. 25, 2020 in Mobile, Alabama.

A native on Moncks Corner, SC, Taylor is considered one of the top offensive linemen in the Mid-Eastern Athletic Conference. Taylor was a preseason First Team All-MEAC selection, Taylor was named MEAC Offensive Lineman of the Week three times this season.

His story is an intriguing one because he started his collegiate career at Appalachian State before transferring to S.C. State to play basketball. But he eventually found his way back to the football field and he could very well be the first Bulldog offensive lineman taken in the NFL Draft since Johnny Culbreath in the 2011.

The Reese's Senior Bowl is held each year and is for players who have completed their college eligibility.