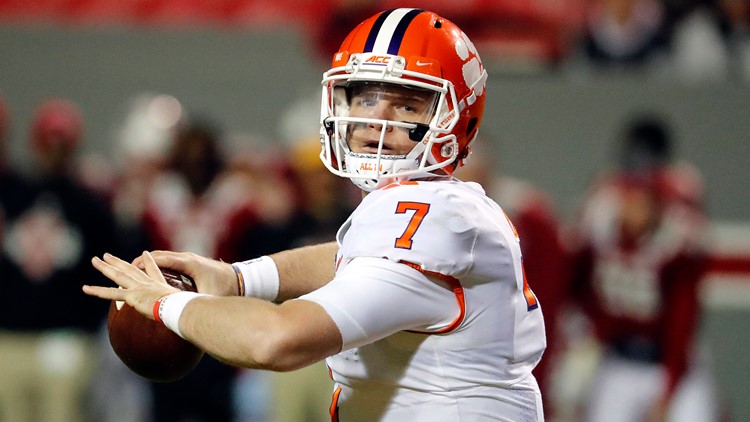 Chase Brice is headed to Duke

Chase Brice will transfer to Duke.

The former Clemson backup quarterback made that announcement Sunday on Twitter after announcing last month that he planned on transferring.

Brice played in 13 of Clemson's 15 games this season, throwing for 581 yards with four TDs and one interception.

A backup quarterback during his time at Clemson, he redshirted in 2017.  In 2018, Brice made his most important appearance, coming in for the injured Trevor Lawrence against Syracuse. Brice completed 7 of 13 passes for 83 yards and he engineered a 13-play, 94-yard game-winning drive, helping the Tigers overcome a double-digit fourth quarter deficit in the win over the Orange. That performance sealed his legacy at Clemson as one of, if not the most important relief appearances for a reserve quarterback in the history of Clemson football. That win allowed the Tigers to stay unbeaten and kept them in the national championship picture which they sealed three months later.

As a graduate transfer, Brice will have two seasons of eligibility remaining and he will be immediately eligible to play in 2020.

Duke is not scheduled to meet Clemson for the next two seasons. The only way Brice would face Clemson is in the ACC Championship Game.