A series that began in 1889 continued Saturday with the visiting Paladins earning their first Southern Conference victory of the season. 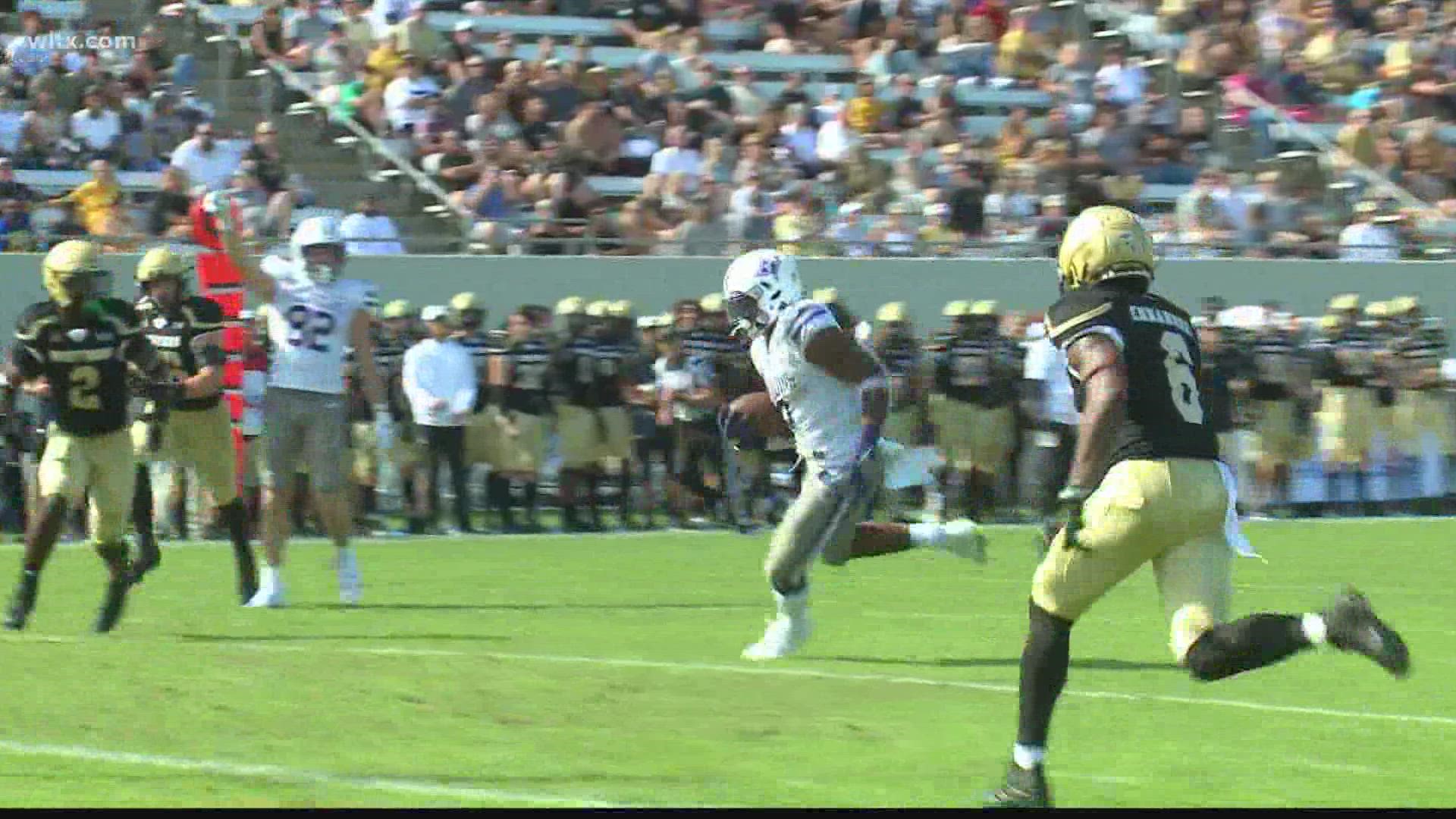 The Paladins climbed out of a 10-0 hole with a 21-point second quarter and outscored Wofford 21-3 after halftime to win going away.

Freshman Jace Wilson made his first career start, completing 14 of 23 passes for 189 yards and a 26-yard touchdown pass to Wynn to end the first half.

The Terriers were led by Irvin Mulligan with 126 rushing yards and a 72-yard touchdown.