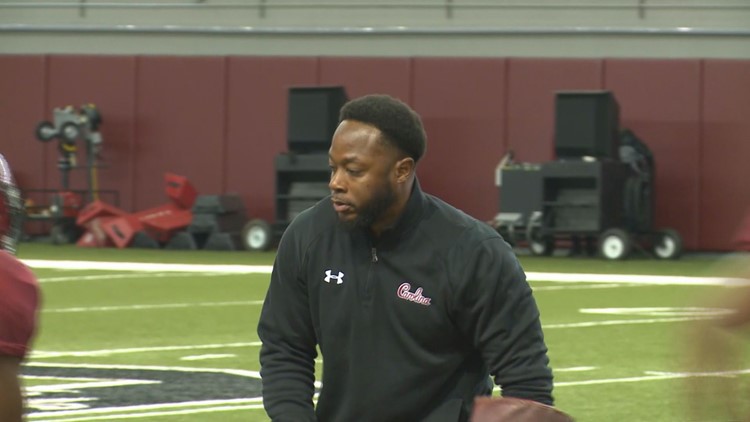 Thomas Brown is officially on the Rams coaching staff

Thomas Brown is officially a member of the coaching staff of the Los Angeles Rams who announced Brown's hiring Wednesday afternoon, although it was reported over the weekend that he would moving from the East Coast to the West Coast.

Brown was named the Rams' running backs coach after nine years as an assistant on the college level. He spent the 2019 season on Will Muschamp's staff at South Carolina. Before that, he had a three-year stint as the running backs coach and offensive coordinator for the Miami Hurricanes.

One factor in Brown's hiring was his work with some high profile running backs' He was at Georgia in 2015 with Nick Chubb and Sony Michel. He was on the Wisconsin staff in 2014 when Melvin Gordon finished runner-up in the Heisman Trophy voting. All three of those running backs are currently in the NFL and Brown is also close with another former Georgia Bulldog Todd Gurley according to Bruce Feldman of ESPN. Brown and Gurley are both former Georgia running backs although Brown did not coach Gurley during his one year in Athens as an assistant coach. Now that Brown is on board the Los Angeles coaching staff, Gurley and Brown will be seeing a lot of each other on the practice fields and the meeting rooms.