The Tigers are 2-0 under Chennis Berry who is in his first season as head coach. 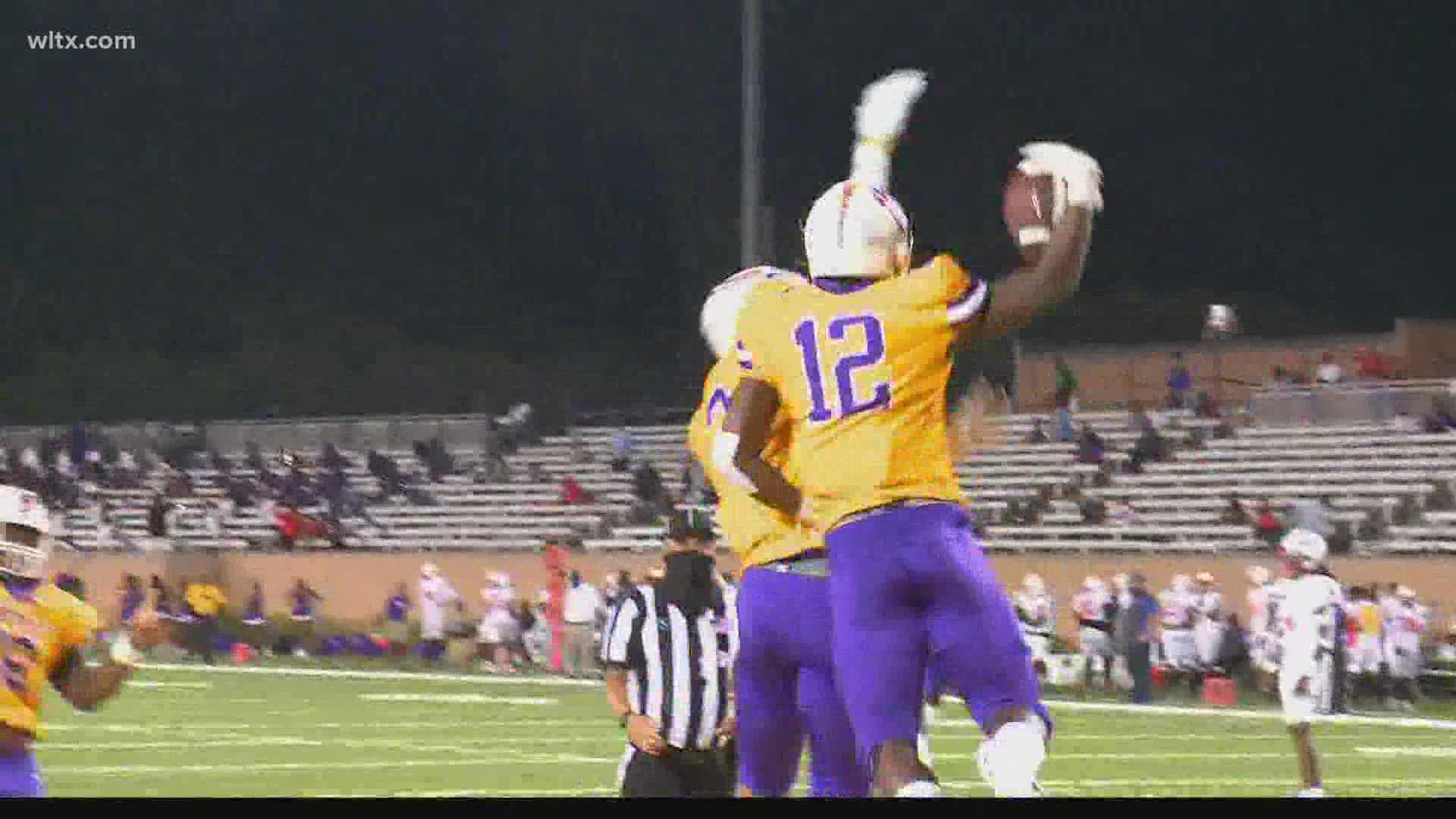 COLUMBIA, S.C. — Eric Phoenix threw for 292 yards and four touchdowns as Benedict College cruised to a 44-3 victory at home over Edward Waters.

Big plays were the norm for the Tigers (2-0) as Phoenix hit Darius Philon for a 60-yard touchdown to give the Tigers a 14-0 lead. Phoenix would connect with Te'Sean Pressley for a 44-yard scoring play which would give the Tigers a 21-3 advantage.

In the third quarter, Benedict continued to put up the points as Phoenix would connect with Jayden Thomas for a 51-yard touchdown and a 28-3 Tiger lead. Phoenix's fourth touchdown pass of the night was an eight-yarder to Steven Campbell at the start fo the fourth quarter.