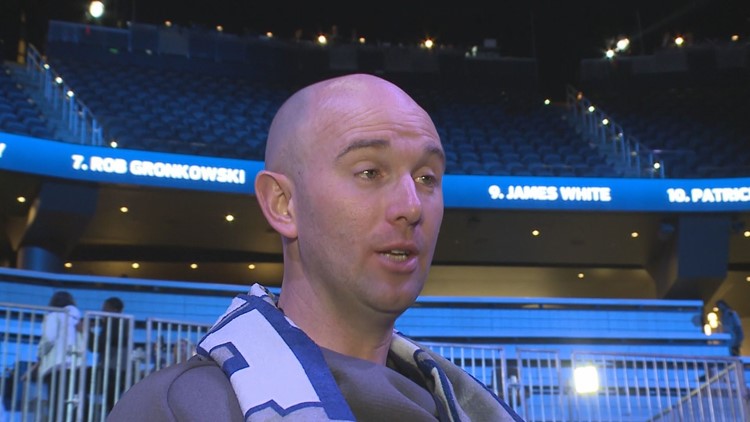 Those are the people who have seen the difference Jack Easterby can make inside a program.

The Newberry graduate who competed in basketball and golf at that level was brought on board by Dave Odom to help the players outside of basketball.

In previous years, Easterby would be known as the team chaplain but his official title was character coach. The job title may have been different but the same goals remained intact - to help players develop off the court whether that be spiritually, socially, academically - Easterby was hired to enhance the overall development of the players. Dawn Staley saw Easterby's strengths and hired him to work with her program.

In seven years with the Patriots, Easterby has been a part of three Super Bowl titles, but he says his job is not predicated on the final score of the NFL's biggest game. He says his job is simply to serve the players' best interest and that can be done in a variety of ways. But while Belichick and the coaches are tasked with making the athletes to best they can be, Easterby is there to fill any voids.

During Super Bowl week in Atlanta, Easterby spoke at length about his role within the organization as he tries to help players through the peaks and valleys of life in the NFL.

"You're so excited because guys are excited about playing in the Super Bowl. So when you are trying to lead people, you lead them with the highs and the lows. You can't be with them win or tie," he said.

Easterby says his job is not unlike his duties when he was with both the USC men's and women's basketball programs.

"We all have things that we going to go through and if you look at society outside of the world of sports we're going throught same thing. Whether it's government, whether it's major corporations, we have things that need to be maintainanced. We all need to be loved. We all need to be given purpose and I think sports give us that, but also, we need to make sure we take care of the people involved in sports. So, that's been my passion."

That passion has led Easterby to a job within the most successful NFL franchise in history. He has been a part of three of the team's six Super Bowl victories.

But win, loss or tie, Easterby's role as a character coach will never be defined by who hoists the Lombardi Trophy.