South Carolina forward Alanzo Frink has been singled out for his past efforts in the community. 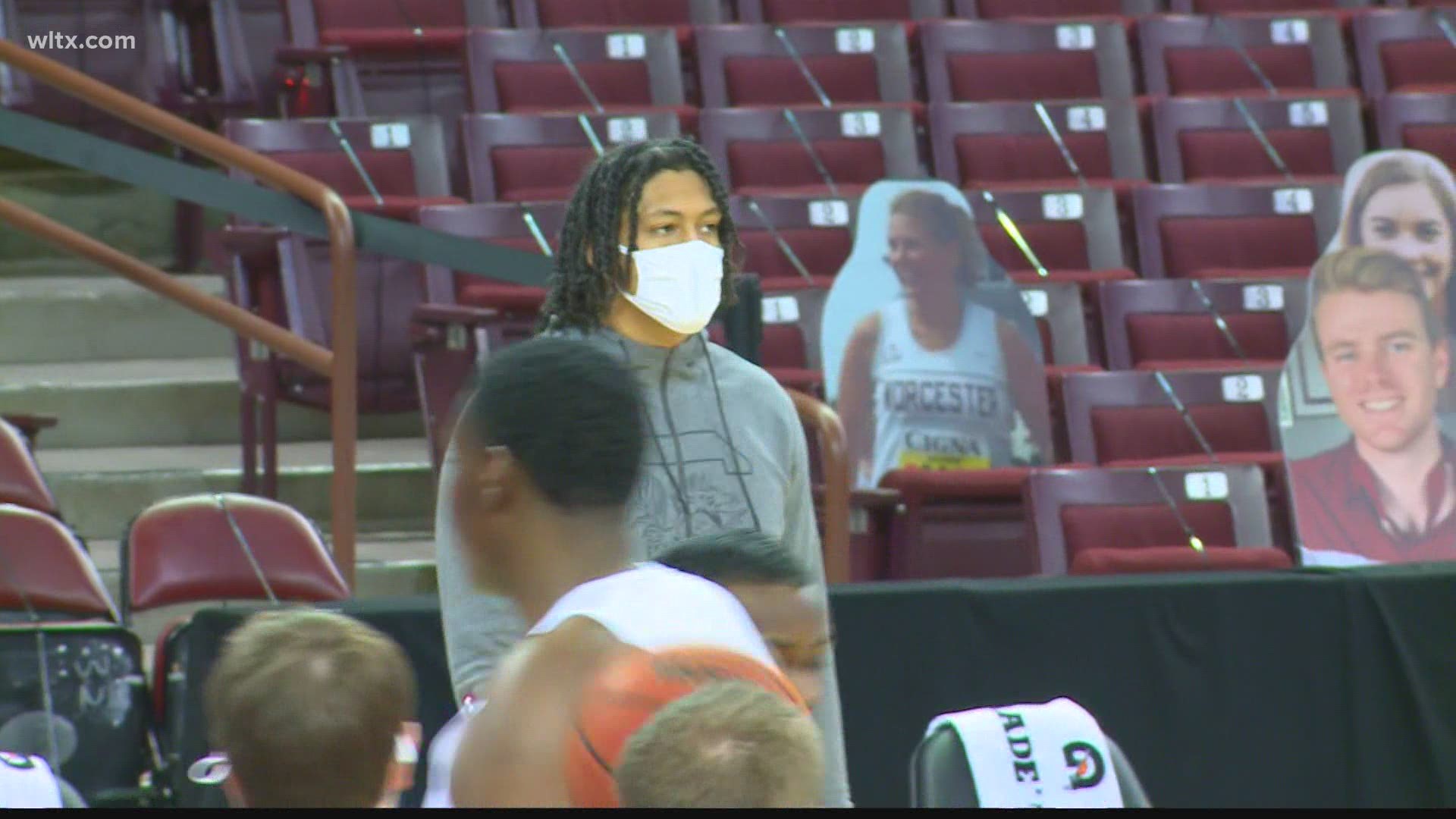 Frink has participated in numerous community outreach initiatives during his time in the Garnet and Black. He has joined his teammates for the 8K Community Outreach Campaign during the summer months. During the annual community outreach campaign, Alanzo spent time at Sowing Seeds, helping with a gardening project, and he also volunteered at a summer camp for kids at the YMCA. Alanzo also spent time visiting with veterans and their families at the Dorn VA Medical Center in Columbia. Trips to Meadowfield Elementary School and Transitions also highlight Alanzo's impact in the community.