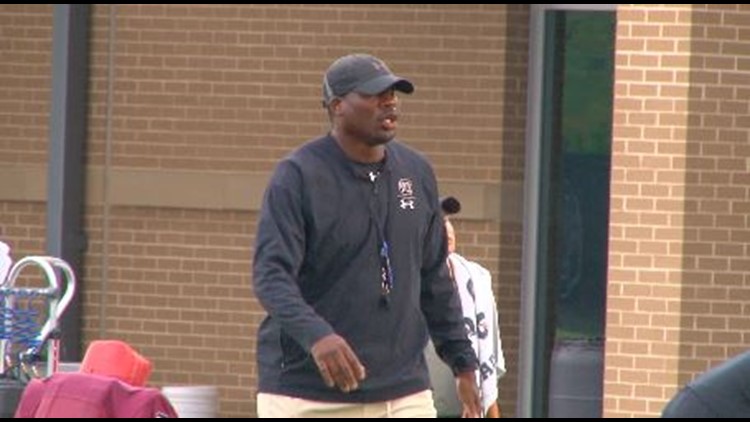 Just a few days after National Signing Day and there is a major shakeup on the Gamecock football coaching staff.

John Scott. Jr., who coached the Gamecock defensive line for just one season, has been hired by Penn State where he will serve in the same capacity.

Scott came to USC after two seasons at Arkansas. Before that, the Greer native was on the staff of the New York Jets working as a quality control assistant and then as assistant defensive line coach.

"I am very thankful for the opportunity Coach Franklin has given me," Scott Jr. said in a statement.

"Coach Franklin is a tremendous leader who has the program on the rise and I'm excited be a part of it. I can't wait to work with Coach [Brent] Pry and the defensive staff. I have known Coach Pry for more than 20 years as a player, graduate assistant and position coach, and he has definitely had an impact on my career. I can't wait to get rolling with the defensive line and continue to build on the tradition they have established."

Pry is the Penn State defensive coordinator who was his Scott's position coach at Western Carolina.

Another Gamecock assistant, Thomas Brown, Jr. is reportedly leaving to join the staff of the Los Angeles Rams where he would be working with the running backs including former Georgia star Todd Gurley. Before coming to Columbia, Brown was the running backs coach and offensive coordinator at the University of Miami.